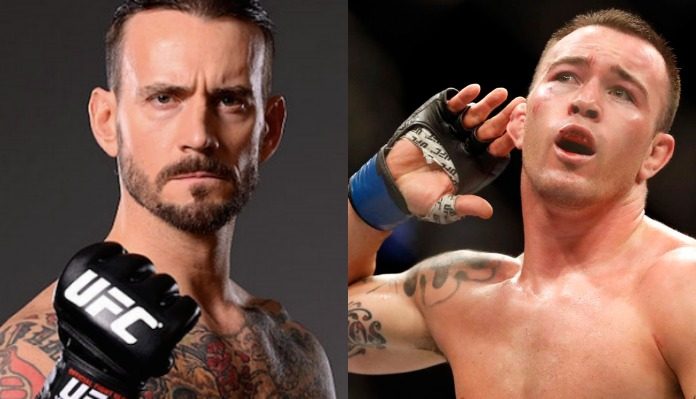 After MMAJunkie shared a photo of the former pro-wrestling world champion turned MMA fighter being in attendance at tonight’s UFC on FOX 31 event in Milwaukee, ‘Chaos’ took to Twitter with the following statement directed at CM Punk.

Good to see that uncoordinated, emasculated cuck is finally on the other side of the guardrail with the rest of the neck bearded virgins where he belongs #ufcmilwaukee https://t.co/4bY7qDDlbU

“Good to see that uncoordinated, emasculated cuck is finally on the other side of the guardrail with the rest of the neck bearded virgins where he belongs #ufcmilwaukee”

CM Punk has fought two times under the UFC banner, suffering a submission loss to Mockey Gall in his professional debut, followed by a decision setback to Mike Jackson in his most recent appearance at UFC 225.

The brash UFC welterweight was later stripped of his title, this after nasal surgery forced him from competing at September’s UFC 228 event in Dallas against reigning UFC welterweight champion Tyron Woodley.

Covington has made it clear that he will not accept anything less than what he was promised by the UFC, a title unification bout with bitter rival Tyron Woodley.

It is well noted that “The Chosen One” and CM Punk are good friends and training partners. So this may be a plow from Colby Covington to light a fire under the current UFC welterweight kingpin.

As of the time of this article, the former WWE champion (CM Punk) has yet to respond to Colby Covington’s unflattering comments.

What did you think of the comments made by top UFC welterweight contender Colby Covington towards CM Punk on social media? Sound off in the comments section PENN Nation!