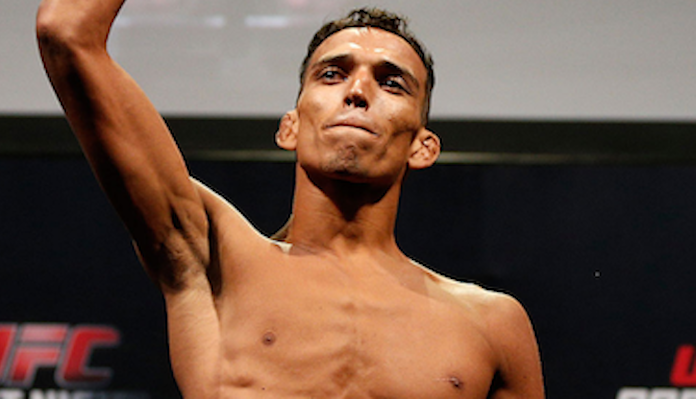 UFC lightweight champion Charles Oliveira says he open to moving back to 145lbs, but only for a title shot, saying that he “would do well.”

Oliveira knocked out Michael Chandler in the main event of UFC 262 in Houston two weeks ago to become the new UFC lightweight champion. He has won his last nine fights in a row at 155lbs and overall looks like one of the best pound-for-pound fighters in the world while fighting in this division. However, “Do Bronx” admits a move back to 145lbs is possible.

Speaking to Combate, Oliveira suggested that he will be more successful in his next run in the featherweight division because he now has a nutritionist. Oliveira is open to moving back down in weight if he has the right amount of time to properly cut the weight and prepare for a 145lbs contest. But only if it’s for the belt currently held by Alex Volkanovski.

“If I have the opportunity to fight directly for the title, giving me time to do that, I would do well. Today I have a good nutritionist, a good team that will help me with this and make it happen. But only if it was straight for the title,” Oliveira said.

Volkanovski and Brian Ortega will meet this fall after the pair coach TUF 29 for the UFC featherweight title, and the winner of Max Holloway vs. Yair Rodriguez seems likely to be the next man to fight for the belt in this weight class. However, we all know the UFC loves doing champion vs. champion fights, so if Oliveira makes enough noise, it’s possible the UFC could consider him moving back down to featherweight to fight for that belt instead.

Do you want to see Charles Oliveira move back down to 145lbs and fight for the belt?