Chael Sonnen reflects on rivalry and deep connection to Anderson Silva’s career: “I’m in that ring with him, I’m a part of that journey”

‘The American Gangster’ and ‘The Spider’ had one of the most storied rivalries in MMA history. The duo first faced off at UFC 117 in August 2010. In true Sonnen fashion, he talked massive amounts of trash and fired the Brazilian up in the process.

For the first four and a half rounds, the wrestler dominated. In the final minutes of round five, the champion locked up a triangle choke to secure the comeback victory. With a result like that, the two men had to run it back.

Their rematch took place over two years later at UFC 148. This time, Silva got the victory by second-round knockout. The rematch between the two men is still regarded as one of the biggest fights in promotional history.

Nearly a decade later, Chael Sonnen still feels that connection to Anderson Silva. In an interview with MMAFighting, the fighter-turned-analyst reflected on his rivalry with the Brazilian. In Sonnen’s view, the connection between the two men runs deep.

So deep that the wrestler stated that as far as he’s concerned, when the Brazilian’s career ends, so does his. While Sonnen retired from MMA in 2019, he still feels that connection to fighting through Silva. 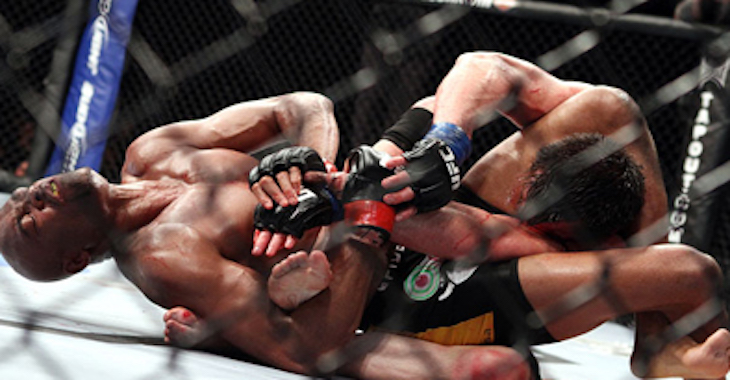 “When his career dies, mine dies. There’s something, no matter how small — I’m in that ring with him. I’m a part of that journey, I’m a part of what got him here, the hard workouts he did or the motivation somewhere along [the way]. A small part, but in fairness, he’s my last connection. When he goes, that’s it. The wrestling community felt that when Daniel Cormier stepped away. But I’ll just share that I cling — I cling to Anderson hanging in there. I cling to him still being able to do this. I cling to how good he looks, showing his motivation and hard work. It matters, in some way.” (h/t MMAFighting)

He continued, “That’s a hard moment [when Silva retires]. I’ve had to go through that just with other sports, but you know when you’re a fan and you’re connected, you want to live on. Some guys want to have children so that when they die — that’s a very real thought that they have, and a career is much smaller, but it’s an example that I know that you’ll understand.”

What do you think about Chael Sonnen’s comments? Sound off in the comment section below!