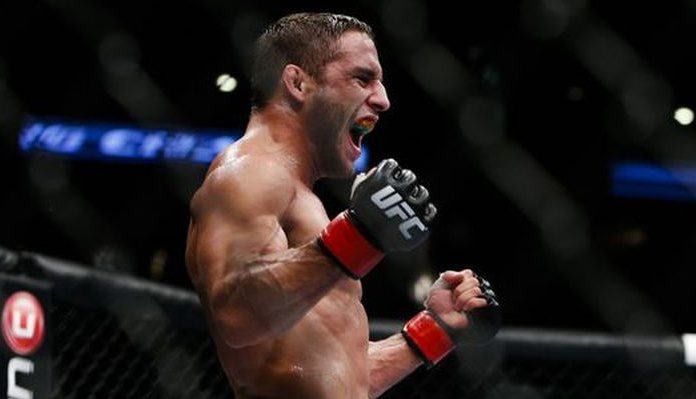 Although previously reported to be retired, Mendes did not confirm that he was officially done with the sport until Tuesday. Mendes told ESPN’s Brett Okamoto he has notified the UFC of his retirement, and he has been removed from the USADA testing pool.

According to Mendes, his decision to retire was in part because, in his words, MMA is a dangerous sport and he doesn’t know what the impact will be on his brain.

“This sport is very young, and I just don’t think there is enough testing to know the type impact it has on the brain. Urijah Faber is a prime example, coming back at 40. He’s my brother. I look up to the guy, and I’ll admit, when he texted me saying he was coming back, I was the first person to tell him I thought it was dumb,” Mendes said.

“Urijah is a fierce competitor, and hopefully he’ll get the guy down and submit him real quick. That’s how I see it happening. But I just don’t want to see any of my good buddies get seriously hurt, you know? This is a dangerous sport.”

Mendes also said that despite the previous reports that he retired following his KO loss to Alexander Volkanovski back at UFC 232 in December, he hadn’t made up his mind until this week, when he decided that it was time for him to step away for good.

“The main reason I didn’t say something sooner was there were some loose ends I wanted to tie up. I wanted to step away for a little bit and let everything settle, and just make sure my feelings didn’t change, as I was coming right out of a training camp and a fight,” Mendes said.

Mendes retires from MMA with an impressive 18-5 record, including a 9-5 overall mark in the UFC. He holds notable wins over Ricardo Lamas, Clay Guida and Cub Swanson. For years, he was thought of as the No. 2 featherweight in the world behind Jose Aldo, who he lost to twice, including a close decision loss to Aldo at UFC 179 in what was the 2014 “Fight of the Year.”

Although known for being a durable fighter for most of his career, he suffered three brutal KO losses to Frankie Edgar, Conor McGregor and Alexander Volkanovski between 2015 and 2018, and those knockouts were what ultimately pushed him into retirement.

The team here at BJPenn.com wishes Chad Mendes the best in his retirement.

Do you think more fighters will be like Chad Mendes and retire before taking too much damage?