Bryce Mitchell explains how the UFC influenced his decision to fight Ilia Topuria despite battling illness: “If you don’t take this fight, we’re not finding you one until February”

Bryce Mitchell is explaining how the UFC influenced his decision to fight Ilia Topuria despite battling illness.

Bryce Mitchell (15-1 MMA) vs Ilia Topuria (13-0 MMA) took place this past December at UFC 282. ‘Thug Nasty’ lost that fight by submission at 3:10 of Round 2. The 28-year-old Mitchell had been unbeaten in 15 fights heading into his match with Topuria.

Speaking to ‘ESPN’, Mitchell spoke about his decision to fight at UFC 282 (h/t MMAJunkie):

Continuing, Bryce Mitchell spoke about suffering from the flu heading into the match-up:

“I said, ‘You know what? I don’t want to live on a couple thousand bucks until February.’ I would have made it, because I could have scrapped by, and maybe I should have. But at the time, I thought I’d win the fight, brother. I was going in there with the flu to kick somebody’s ass anyways. That just wasn’t the case. I was not capable of kicking ass that night. I was capable of taking an ass kicking. I did do that pretty well.”

Following the loss Mitchell was even seen talking about retirement to his coaches in the locker room.  Mitchell now assures us that was only in the heat of the moment – he’s not going anywhere. 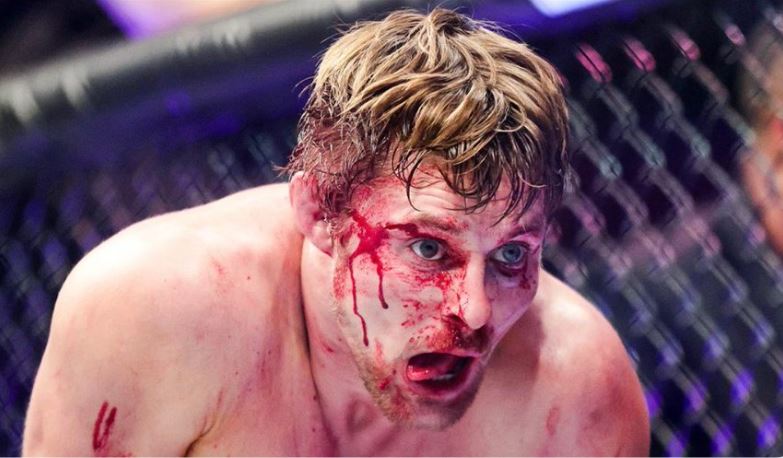 Concluding, Mitchell admits fighting while sick did affect the outcome of his fight:

“To say it wasn’t a factor, that would be a lie. I’m not complaining about my financial situation. I’m very happy, I try to invest my money, especially in the real estate, farmland, whatever.”

“If I could go back, I probably wouldn’t even have shot a takedown, but in the moment, I was not accepting what I was capable of. … If I would have readjusted my strategy, I know I could have done better. I could have probably went all three rounds. But I really gassed myself out shooting a lot of takedowns and stuff like that.”

What do you think of the UFC telling Byrce Mitchell he had to fight Ilia Topuria in December or forget about getting another fight until at least February?