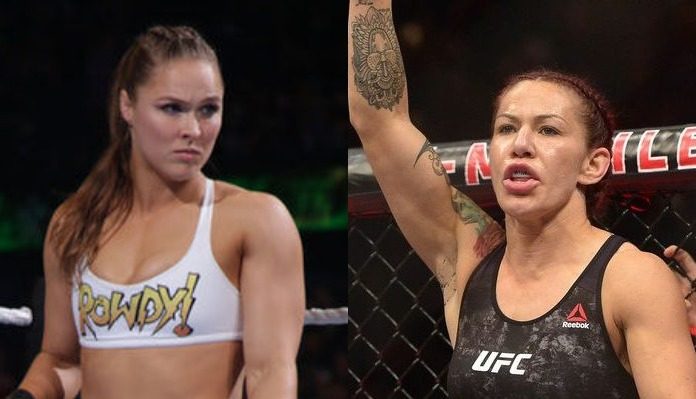 Two-division UFC champion Amanda Nunes believes Cris Cyborg would have beaten Ronda Rousey had the pair ever fought in their primes.

Today, Nunes is regarded as the best female fighter of all time. For many years, however, Rousey and Cyborg squabbled over that title. At the time, Rousey was the UFC women’s bantamweight champion, while Cyborg was decimating every woman she stepped into the cage with at featherweight.

During Rousey and Cyborg’s respective heydays, many fans drooled over the prospect of seeing them meet in the Octagon. While the pair never ended up fighting, Nunes believes Cyborg likely would have won if she’d crossed paths with Rousey.

“I feel the power of Cyborg would be too much for Ronda to implement in her game,” Nunes told MMA Mania.

Nunes knows Cyborg and Rousey well, having beaten both women in the Octagon. She met Rousey first, knocking the MMA legend senseless in just 48 seconds in late 2016. The beating was so decisive that Rousey hasn’t fought since. Nunes then met Cyborg in 2018, and picked up a similarly abrupt win, knocking her Brazilian rival out in just 51 seconds.

At present, Nunes is gearing up for a featherweight title defense against Megan Anderson—one of three title fights on Saturday’s stacked UFC 259 card.

Nunes will enter the cage as a gargantuan betting favorite, but she views Anderson as a worthy challenger.

“I believe so,” she told MMA Mania. “She has earned her way back up to being a contender and if UFC thinks she is next, then that is who we are going to prepare for. I believe I match up with her well, I have great striking and know how to use my distance well. I am also versatile and ready for whatever she might show me.”

Do you agree with this prediction from Amanda Nunes?