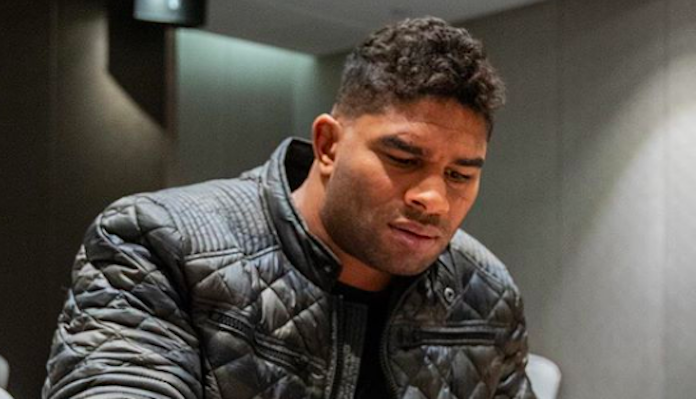 Alistair Overeem has been around for a long, long time. Of the course of a 20-year combat sports career, the Dutchman has picked up titles in Strikeforce, Dream, and K-1 — and he’s still not done yet.

Ahead of his upcoming showdown with Jairzinho Rozenstruik, which will top the UFC’s December 7 return to Washington, D.C., Overeem sat down with UFC.com and opened up on the mindset that has kept him competing at the highest level for so long.

Part of it, he says, is simply being hard-wired with a fighter’s mentality — a mentality he’s always had.

“I think I’ve always been a fighter,” Overeem said (via MMA Junkie). “I’ve always kicked ass – even before I was professionally a fighter. I’d have fights in the street and it even got me in trouble a couple of times.

“Some people will never be fighters, and then some people are born fighters.”

Overeem also attributes his longevity to his love for fighting.

“I think us fighters go for amazing stories,” Overeem said. “My career in particular has been a long adventure. I think I was built for it. I’ve been all over the world. I’ve fought in 89 fights, kickboxing and MMA. I’m just doing my thing. I’m following my passion. It’s been a great adventure and I’m still going strong.”

If Overeem is able to defeat Rozenstruik — an undefeated fighter and one of the hottest prospects in the heavyweight division — he’ll once again be close to a UFC heavyweight title shot. The Dutch legend says winning a UFC title would be the icing on the cake of his incredible career.

“I have my own goals – of course: UFC gold,” Overeem said. “To win the title would be a great close on my career.”

Do you think Alistair Overeem will come out on top in Washington D.C.?