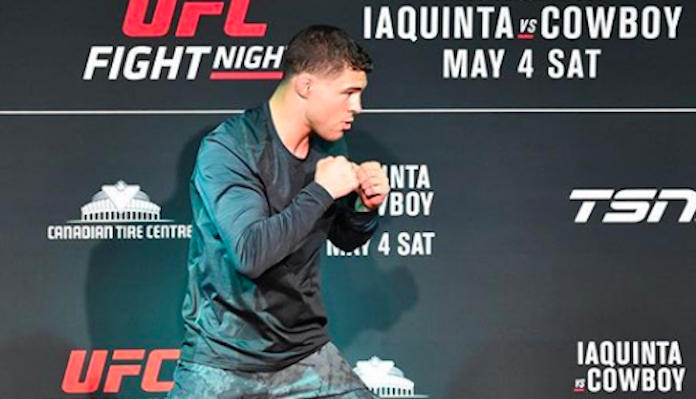 UFC lightweight contender Al Iaquinta says part of the motivation for fighting Dan Hooker in the co-main event of UFC 243 is to prove who the better real estate agent is.

“Someone told me he sells real estate as well. That’s pretty cool. It’s good that he’s doing it as well. But I want to be the best real estate agent and the best fighter,” Iaquinta said.

“I think I’m a better real estate agent and (at UFC 243) you’ll see I’m the better fighter as well. It’s going to really stink for him.”

Iaquinta was called out by Hooker after the New Zealander knocked out James Vick this summer at UFC San Antonio. Despite having to fly to Hooker’s neck of the woods, Iaquinta said he had no problem taking the fight and is excited to test his skills against Hooker’s. The bout serves as the co-main event for this weekend’s PPV blockbuster event.

“Raging Al” is coming off of a decision loss to Donald Cerrone at UFC Ottawa but had beaten Kevin Lee by decision at UFC Milwaukee before that. As for Hooker, the win over Vick was a nice bounce-back win after he got torched by Edson Barboza on the same Milwaukee card Iaquinta beat Lee on. Overall, Hooker has won five of his last six fights since moving up to the UFC lightweight division.

With not only a potential win bonus and spot in the rankings on the line, plus the title of best MMA real estate agent, expect a war between Iaquinta and Hooker at UFC 243.

Who do you think will emerge as the better real estate agent and the better fighter at UFC 243: Al Iaquinta or Dan Hooker?