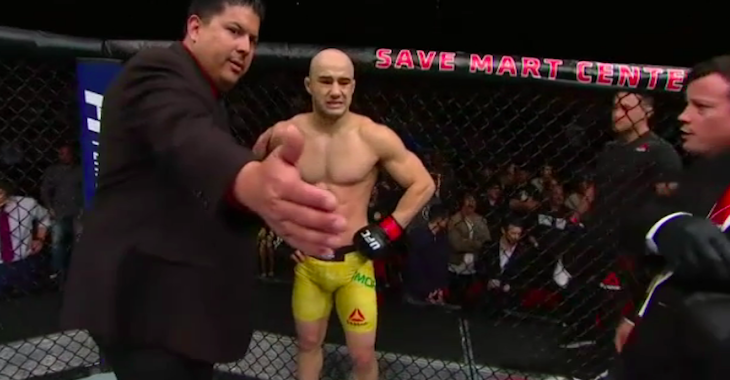 Jimmie Rivera enters the fight riding an amazing twenty-fight win streak, while his opponent Marlon Moraes is coming off a spectacular knockout victory over Aljamain Sterling.

Round one begins and both men paw with jabs early. Marlon moves to his left and then throws a head kick that absolutely rocks Rivera. Jimmie hits the canvas as Moraes is all over him with punches. The referee has no choice but to step in and call a stop to the contest. WOW!