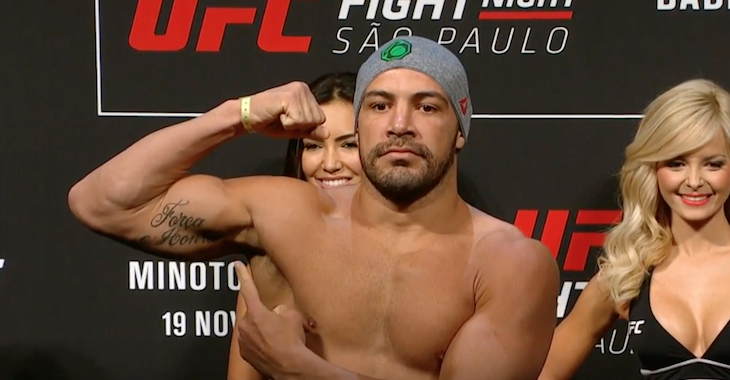 Prior to tonight’s fight, Leites, announced that he would be retiring from the sport win or lose following his bout with Lombard at UFC Fight Night 137.

The Brazilian made his promotional debut way back at the TUF 4 Finale in Las Vegas.

Hector Lombard was able to get the better of Thales Leites in round one, landing a number of hard leg kicks that had the Brazilian noticeably rattled.

In round two Thales Leites began to turn the tide. He was able to land some good shots and a few knees from the clinch on Lombard opening up a nasty cut over the eye of the former Bellator champion.

Round three was very close with both men landing some significant strikes on their feet. However, it was Leites who was able to score a late takedown in round three that likely sealed him the win.

A fantastic end to a great career for Thales Leites who retires in his home country.