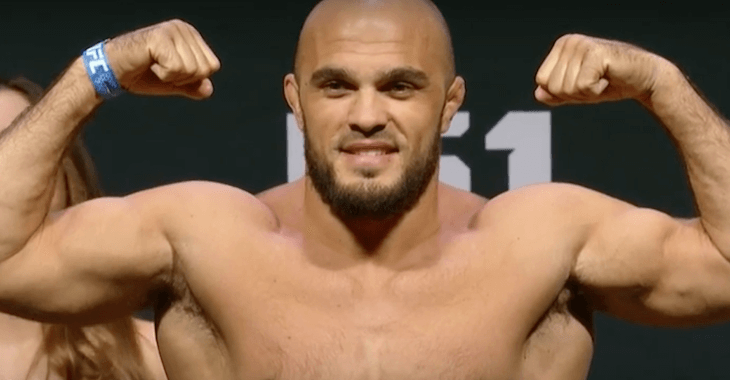 Round one begins and both men are cautious early on. “OSP” is controlling the center of the octagon. He lands a kick. A lot of posturing from both men early on. Latifi with a big right hand that buckles Saint Preux. He rushes in with some follow up strikes and “OSP” is in all sorts of trouble. Latifi drops him with a left hand. Ovince bounces right back to his feet but Latifi locks in a standing guillotine choke and it is deep. “OSP” attempts to tapout but ends up going to sleep and this one is all over folks.

The Swede drops OSP TWICE then puts him to SLEEP with the frontside guillotine! WOW!! #UFCOrlando pic.twitter.com/b3oGHkceFi