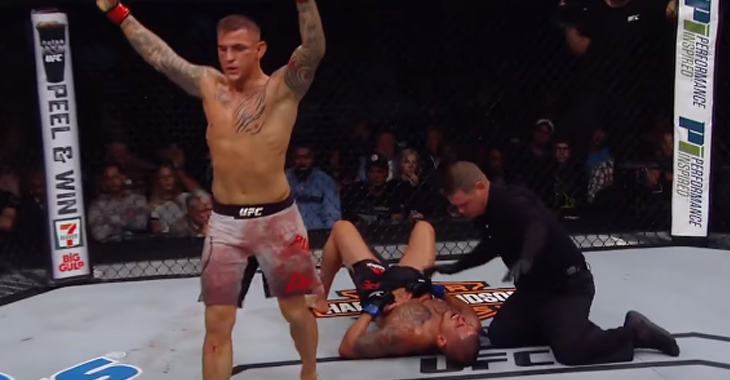 The octagon invades Glendale, Arizona on April 14 for the promotions UFC on FOX 29: Gaethje vs. Poirier event.

Dustin Poirier is coming off a third-round TKO victory over former division champion Anthony Pettis at November’s UFC Fight Night 120 event in Norfolk. Prior to that, “The Diamond” was involved in a war with Eddie Alvarez which unfortunately ended in a no-contest at UFC 211.

Meanwhile, Justin Gaethje is coming his first career loss to the aforemention Eddie Alvarez at December’s UFC 218 event in Detroit. Prior to the setback, Gaethje had gone a perfect 18-0 which included a thrilling knockout of Michael Johnson in his UFC debut.

Condit has suffered three straight losses, his most recent coming to Neil Magny at December’s UFC 219 event in Las Vegas.

As for the “Immortal” one, Matt Brown is coming off an absolutely brutal knockout victory over Diego Sanchez. The win snapped a three-fight losing skid for the veteran welterweight.

Get the full UFC on FOX 29 fight card below: