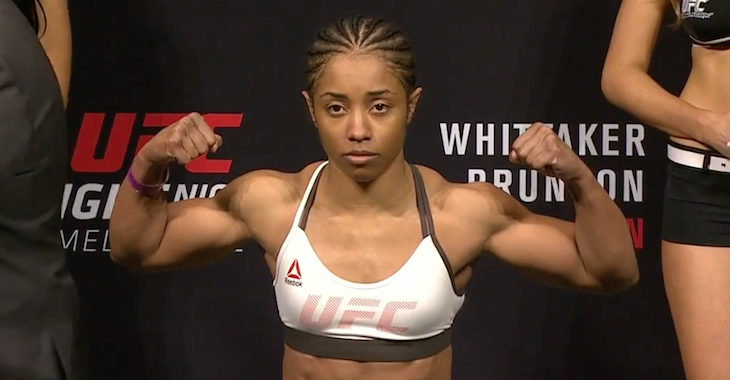 Round one begins and Taylor lands a jab followed by a leg kick. Penne circles out and then comes forward with a kick to the body. Penne moving well here. She throws a low kick. Taylor circles away. Taylor leaps in with some big punches. Taylor catches a Penne kick and then delivers a big right hand. Taylor with a leg kick. Penne returns fire with a left hand. Taylor scores with a right hand. She catches another Penne kick and lands a counter strike. The ladies trade left hands. Taylor avoids a Penna takedown attempt. Round one comes to an end.

Round two begins and both women are happy to stand and trade strikes early. Penne with a crisp right hand but Taylor leaps in and answers with a left. It appears that both ladies have found their range now. Penne is doing a good job of utilizing distance. She is working her jab very well to keep Taylor at bay. A good front kick scores for Penne. Taylor leaps in with a left hook. It lands flush. She follows that up with a right hand and then another left. Penne clinches up and lands a knee to close out the round.