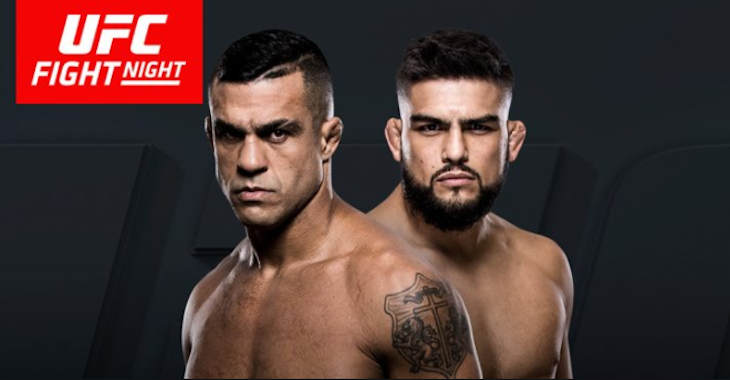 With UFC 209 now in the rear-view mirror, the next UFC event on the horizon is UFC Fight Night 106.

This event, which will emanate from beautiful Fortaleza, Brazil this Saturday night, will be headlined by a middleweight bout between former UFC light heavyweight champion Vitor Belfort, and former welterweight contender Kelvin Gastelum.

The undercard, finally, is packed with prospects and veterans alike, from Brazil and further afield.

In anticipation of this exciting looking UFC Fight Night 106 card, here’s a full rundown of the lineup and start times for the event.

What fight on the UFC Fight Night 106 lineup are you most excited for? What are your picks for the event’s stacked main card? Sound off in the comments, PENN Nation!