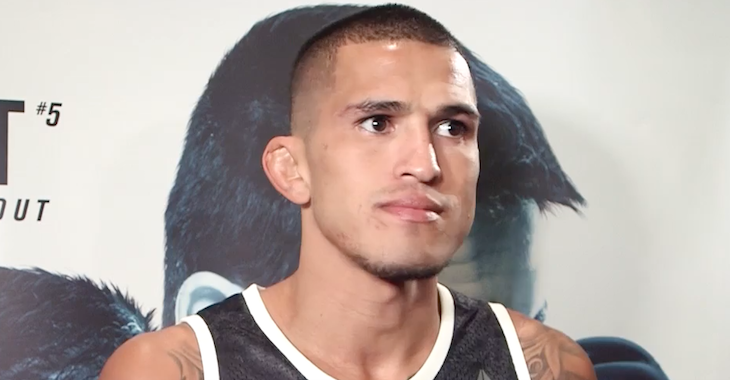 Tomorrow night, the UFC will return to Toronto, Ontario, Canada for the first time since 2013. The organization will do so with UFC 206, a card that has been battered by fighter withdrawals and other issues from the moment it was announced.

This morning, the 24 fighters on this 12-fight card took to the scale to weigh in for battle. Unfortunately, a whopping three fighters on the bill failed to make their contracted weights.

The most notable of these fighters was Pettis, who missed weight for his interim featherweight title fight by three pounds. With this unfortunate twist, Pettis will no longer become the interim featherweight champion if he wins. Holloway, meanwhile, will still win interim gold if he comes out on top.

The second fighter to miss weight was Canada’s Valerie Letourneau, who missed the strawweight limit of 115 pounds, tipping the scales at 117.5. Letourneau has always had a difficult time making the strawweight limit, so while her weigh-in miss is unfortunate, it’s not particularly surprising. She will benefit immensely should the UFC introduce a women’s flyweight division.

The third UFC 206 fighter to miss weight was Russia’s Rustam Khabilov, who weighed in at 158.5 pounds for his 155-pound lightweight bout with Canada’s Jason Saggo. Despite having fought as high as the middleweight division in the past, Khabilov has never missed weight in the UFC until now.

See below for the complete UFC 206 weigh in results.

The 24 fighters competing at UFC 206 will take to the scales again tonight for the card’s ceremonial weigh ins.

Are you excited for this card? Sound off, PENN Nation!