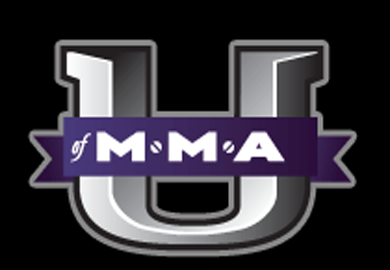 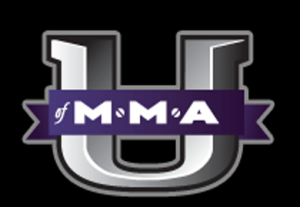 Two fighters will prove themselves ‘Second to None’ at the University of MMA’s next event (of the same name), scheduled for October 21 at Club Nokia at L.A. LIVE.

Headlining ‘Second to None’ will be the University of MMA’s welterweight and heavyweight championship finals, respectively. These matches represent the culmination of two four-man championship tournaments which commenced at the U’s previous event, ‘Champions of Tomorrow!’ in May at the same venue.

“Our first U of MMA show at Club Nokia was epic but this one is going to be even bigger and better,” said founder/promoter Turi Altavilla. “For local fight fans this is the place to watch MMA. You have the best venue and best fighters in the city.”

For Detwiler, fighting for a University of MMA title is a career high point, both in challenge and opportunity: “There is more attention on the fight, a little extra pressure, as well as other obstacles which I believe will more closely replicate the challenges of a professional fight. I feel blessed to have the full love and support of my family at Kings MMA. I will take their energy into the cage with me on October 21st and do everything I can to make my family proud.”

And although the U’s welterweight strap currently sits vacant, ‘Jordan’ nicknamed after the country where he spent his childhood, sees this match as a chance to build his collection of title belts. Jordan already reigns as the amateur welterweight champion for the Illinois-based XFO, winning the title last year before relocating back to Southern California.

“I’m looking for anyone who has a belt in my weight division, so that I can take it away from them. It just happens to be that, at Club Nokia, this guy is going to be my next fight. I’m focused enough on him to want to take the belt, but, like [Manny Pacquiao] does, [I’m] going after one belt after another belt after another belt,” he explained.

The welterweights aren’t the only ones contending for championship gold, however, as Renardo ‘Big P’ Palmer (Muay Thai Kickboxing Gym) and Alexander Arslan (Pimpit Fight Academy) vie for the vacant U of MMA heavyweight title. Palmer was a late entry in the U’s heavyweight championship tournament in May, going to a majority draw with Amir Allam (10th Planet Jiu Jitsu / Legends MMA).

“If you don’t invest very much, then defeat doesn’t hurt very much, and winning isn’t very exciting,” lamented Palmer. “It’s been hard for me to train because my mother is very sick and she’s a double amputee. Both of her legs are cut off, so I’m trying to train really hard, and this belt would mean a lot for me. I wish I could give my legs to her. Dealing with things in my life, maybe this is the time to make it right. Winning the title might keep my mom going, to see her son at the top.”

Arslan was in the alternate’s bracket for this tournament’s opening round, although his opponent dropped out at the last minute. As fate would have it, Arslan gets to return to the U and challenge for the championship belt.

The goal of the University of MMA is to recognize and reward the best amateur fighters in Southern California through a competitive tournament held in an upscale and classy venue worthy of their skills, dedication, and professionalism. To that end, as two tournaments come to a close that night, another four-man championship tournament will begin, this time in the light heavyweight (205 lbs.) division. Bracketing is currently underway

In U of MMA tradition, ‘Second to None’ will look to showcase several women’s MMA bouts, including the return of FightworX featherweight Brooksie ‘The Bear’ Bayard. At the U’s ‘Champions of Tomorrow!’ event earlier this May, Bayard made an auspicious debut, earning an electric second round TKO win. Her fight skills and stage presence (including post-fight curtsey to the crowd), earned her Freshman Honors on the U’s inaugural ‘Dean’s List’ performance rewards of the night.

Several combat jiu jitsu matches are expected to take place at ‘Second.’ Best described as no-gi jiu jitsu with limited strikes allowed on the ground (punching to head and body, knees, kicks, and elbows to body only), combat jiu jitsu particularly caters to experienced and high-level grappling practicioners who aren’t yet acclimated to fighting through ground-and-pound striking techniques

“We had so many talented and dedicated fighters leave it all in the cage on the last show, and I’m hoping a lot of them are able to return for ‘Second to None.’ I couldn’t be prouder of our tournament participants, and I’m psyched to see them all compete in the finals,” commented U of MMA matchmaker Jay Tan. “I’m really looking forward to seeing how this card plays out.”