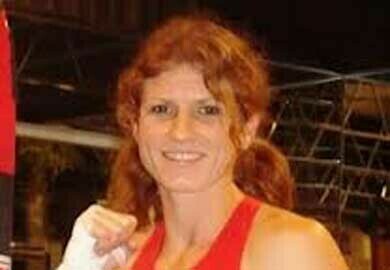 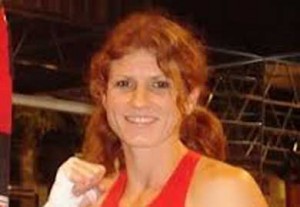 Connor-Hamby will replace Cat Zingano, whom Invicta FC has sent to compete in Strikeforce.

“I’m very excited to be fighting with all the big names that are on this Invicta FC card,” said the 31-year-old Connor-Hamby who, to date, has been lighting up her local MMA scene with her polished western boxing skills. “My hands are where it’s at. I want to show everyone what a woman can do with boxing inside the cage and I do not want to go to the ground at all in this fight.”

Since she began her pro career in the boxing ring in 2004, Connor-Hamby has registered a record of 10-2-2 (4 KO’s) in the sport, earning her 10th career victory in the sweet science with a 10-round unanimous decision over Nicole Woods on Aug. 25.

It was four years ago, shortly after giving birth, that Connor-Hamby took up MMA training as a means of getting back in shape, after learning about the sport’s rigorous conditioning routines from a work colleague of her husband. Realizing, soon after, that her boxing skills could be used as a weapon in MMA competition, Connor-Hamby decided to try her hand in the hybrid sport.

In her MMA debut on June 27, 2009, Connor-Hamby needed just 20 seconds to stop Crystal Hamilton with a barrage of punches. Connor-Hamby reeled off TKO victories in each of her next two starts and earned a split decision over Jessica Hilger in her last MMA bout on April 17, 2010.

The 31-year-old Smith is also a seasoned striker. On April 28, she brought fans to their feet at the inaugural Invicta FC event at Memorial Hall, exchanging flurry after flurry of strikes with Kaitlin Young in a matchup that was scored a majority draw by the judges. The bout was recognized as “Fight of the Night” by Invicta FC.

Smith, a product of the Cesar Gracie Academy, went unbeaten (3-0) as an amateur before turning pro on March 6, 2009 and scoring a third round (4:16) TKO on Louise Johnson with a series of punches.

Training at American Top Team, Gomes is looking to notch her third consecutive win. A submission specialist who has tapped out opponents in six of her eight-career victories, Gomes is a five-year veteran of pro MMA competition.

Since she stormed onto the competitive MMA scene in 2011, Malungahu has gained recognition for her furious punching abilities, stopping both of her professional opponents and all three of her amateur opponents inside of two rounds. She is coming off a 36 second KO (punches) victory over Ericka Newsome on July 28.

Another Invicta FC 2 victor, Barb “Little Warrior” Honchak (6-2) of Bettendorf, Iowa will throw down with rising star and exciting finisher Aisling “Ais The Bash” Daly (13-3) of Dublin, Ireland in a flyweight (125 pounds) contest.

Michelle “The Karate Hottie” Waterson (9-3) of Albuquerque, N.M. will battle Lacey “The Ladie” Schuckman (7-5) of Lakewood, Colo. in an atomweight scrap.

The six-bout preliminary card will be topped by a strawweight (115 pounds) matchup between Carla Esparza (7-2) of Redondo Beach, Calif. and Lynn Alvarez (5-2) of Las Vegas.

Tecia Torres (0-0) of Fort Lauderdale, Fla. and Kaiyana Rain (0-0) of Los Angeles, Calif. will make their respective professional debuts against each other at strawweight.