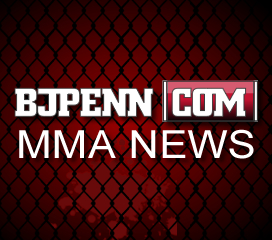 Former UFC Middleweight Thales Leites responded to Anderson Silva‘s comments today that the Middleweight Champ took it easy on Leites in their title fight because of their friendship.

“First, I want to say that Anderson never attended the New Union, never seen him there, we were never friends or acquaintances besides our profession. No doubt he is a great fighter. If he says he feels he went easy on me because he is my ‘friend’, I disagree. I was heavily criticized after the fight with Anderson, I really should have tried to fight more and take more chances, but the other opponents who came after me did not do much better. Those who tried to standup exposed themselves, eventually they got knocked out.

I find it funny that a champion in his interviews who always preaches respect for others and the martial arts would give such a statement. I am a fighter always, I know what a fighter does and has to do to get up there. We all have good and bad times in our careers, after all, life is a true giant wheel, being on top, middle or bottom should always keep us humble and keep us quiet. There is no super man, we are all human beings.”

Belfort calls Jones the greatest fighter of all time

Anderson Silva says he took it easy of Thales Leites