TJ Dillashaw proved that he is the best bantamweight fighter on the planet at last weekend’s UFC 227 event in Los Angeles.

After earning his second stoppage victory in a row over “No Love”, TJ Dillashaw (16-3 MMA) has since received a plethora of callouts from fighters such as Dominick Cruz, Marlon Moraes, Raphael Assuncao and newly crowned flyweight champion Henry Cejudo.

In addition to the challenges of the aforementioned UFC bantamweight fighters, Dillashaw has also been called out by undefeated boxing super featherweight champion Gervonta Davis (20-0).

Gervonta Davis took to Twitter the day after Dillashaw’s dramatic win at UFC 227 with the following statement.

TJ Dillashaw quickly responded to the 23-year-old boxer with the following message.

“Bring it! I heard they were handing out belts after Loma left your division!” – TJ Dillashaw

Dillashaw and Davis would continue to trade barbs on social media and today a direct challenge was issued.

TJ Dillashaw tweeted the following photo-shopped picture which portrays him kicking Gervonta Davis in the face. 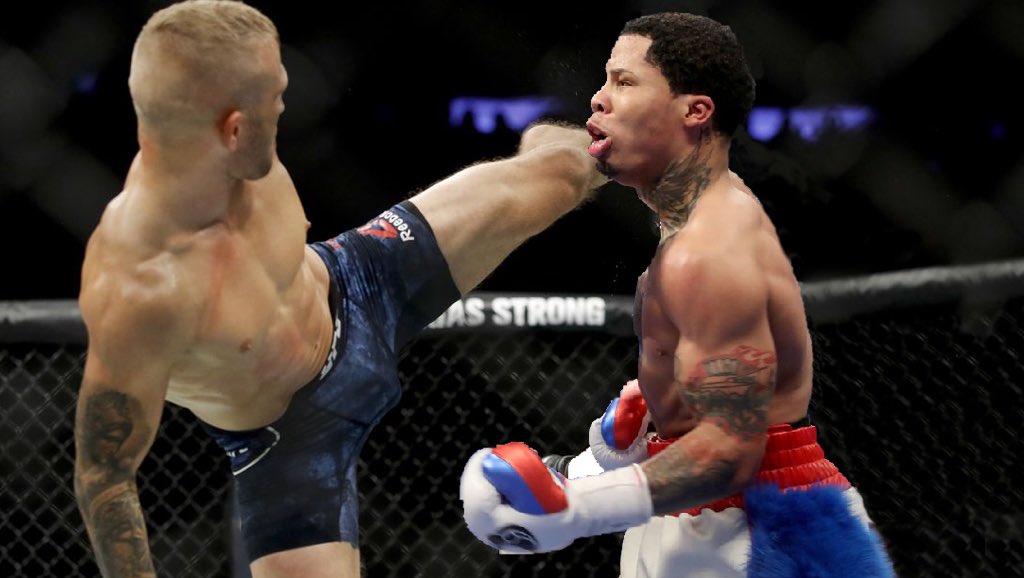 “I will whip ya ass!” – Gervonta Davis

Dillashaw would then tell Davis to put his money where his mouth is and sign a one-fight UFC deal, this if his “daddy” Floyd Mayweather would allow it.

Who would you like to see current UFC bantamweight kingpin TJ Dillashaw fight in his next octagon appearance? Sound off PENN Nation!