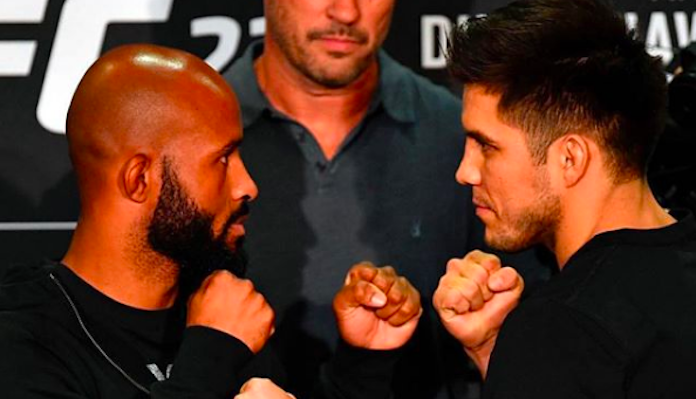 Demetrious “Mighty Mouse” Johnson is no longer the UFC flyweight champion. That honor now belongs to Henry Cejudo, who swiped the belt from Johnson with a hard-fought unanimous decision at UFC 227 earlier this month.

Given that Johnson had defended the title 11 consecutive times before losing it, and that he knocked Cejudo out in their first fight just two years ago, the widespread feeling is that the former champion should get an immediate opportunity to reclaim the title.

Cejudo, however, isn’t so sure about this.

While the new champ isn’t arguing that Johnson doesn’t deserve the opportunity, he feels it might be good for the long struggling flyweight division to give somebody else an opportunity to fight for gold — say, one of the countless men Johnson whooped during his title reign.

“I would agree when it comes to the statistics side of it,” Cejudo said of a Mighty Mouse rematch on the Ariel Helwani MMA Show (transcript via MMAMania). “But at the same time, I know what the UFC’s trying to create, man. I had to wait two and a half years to face Demetrious Johnson.

Who do you think deserves the first crack at new UFC flyweight champion Henry Cejudo?