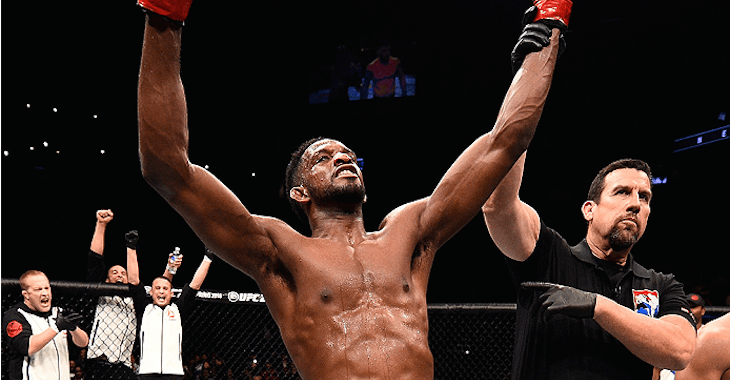 In the main event of the UFC 207 prelims, top ranked UFC welterweight Neil Magny returned to the win column as he picked up a unanimous decision win over former UFC welterweight champion Johny Hendricks.

Leading up to the fight, Hendricks once again missed weight, and revealed that he would be moving up to middleweight. Unfortunately for the former welterweight champ, when he moves up to middleweight he will be doing so in the midst of a 3-fight losing streak that has seen him go winless over the course of 2016. Below are the reactions from the MMA community regarding the fight:

I love Neil Magny but @johnyhendricks is my boy! Let's go Big Rigg!!!

Circle left, avoid that juggernaut left hand and this will be Magnys night. But always dangerous fighting someone with real 1 punch ko power

My boy @NeilMagny about to do work!

Hendricks hasn't been the same since fighting Lawler.

Hendricks hasn't KO'd an opponent in over four years… #ufc207

My heart is breaking while I'm looking at that triangle. . Couple tweaks in that and could have been a done deal

What would a nutritionist say between rounds?

This @NeilMagny vs @JohnyHendricks fight is killing me. Battle of the styles and strengths. Someone is going to catch someone @UFC

Johnny getting back to his #wrestling roots #UFC207

Johnny Hendricks won that fight I don't care what anyone says!!

Lol. Magny got a Christmas and New Years present. #UFC207

I've been entirely underwhelmed by Johnny Hendricks's involvement in #UFC207 – He has so much potential, it's frustrating.

Hendricks can't catch a break. Then again, all he wanted to do was wrestle, and not even inflict damage… #UFC207

Wtf!!! I had Hendricks with that. Even though I had money on magny. #ufc207

Holy shit, @NeilMagny takes it! He's wanted this fight for ever and he earned it. Proud of you bromie! @UFC

Close fight but had it 29-28 for Neil. Submissions and strikes on the ground count. #UFC207

Good for those judges not rewarding lay and pray. #UFC207

This is how I currently feel about that decision. #MMA pic.twitter.com/co2rRVvnnP