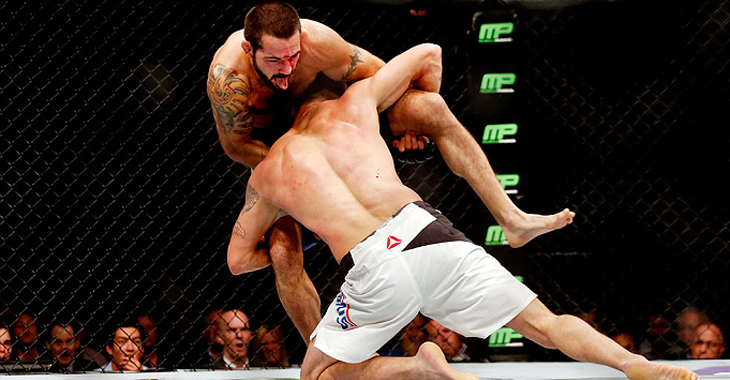 The U.S. Anti-Doping Agency came to an agreement for the suspension of a UFC welterweight fighter after testing positive for a banned substance.

Tim Means (25-7-1) and USADA agreed on a six-month suspension after Means tested positive for the banned substance ostarine in a Jan. 21 out-of-competition test.

Means claimed that the positive test was from a tainted supplement and never intentionally took the banned substance.

“Following notification of his positive test, Means provided USADA with a sealed container of one of the dietary supplement products he was using at the time of the relevant sample collection,” USADA said in a release via MMA Fighting. “Although no prohibited substances were listed on the supplement label, testing conducted on the product by the WADA-accredited laboratory in Salt Lake City, Utah, indicated that it contained Ostarine.”

Means six-month term is a reduced suspension due to the fact that the supplement was tainted.

Means will be eligible to fight in August.