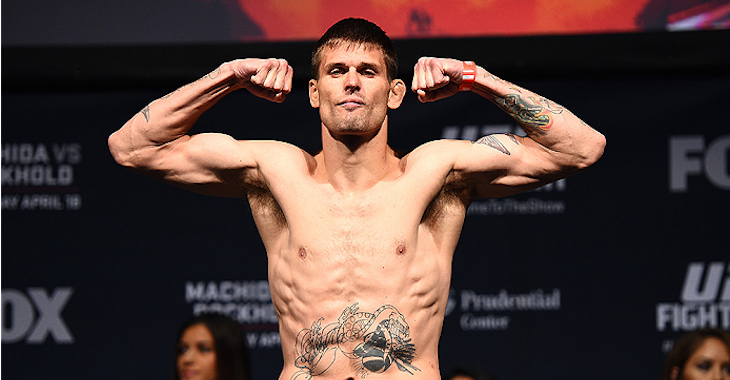 The UFC organization was notified today that the U.S. Anti-Doping Agency (USADA) has informed Tim Means of a potential Anti-Doping Policy violation stemming from an out-of-competition sample collection.

USADA, the independent administrator of the UFC Anti-Doping Policy, will handle the results management and appropriate adjudication of this case. It is important to note that, under the UFC Anti-Doping Policy, there is a full and fair review process that is afforded to all athletes before any sanctions are imposed. However, because Means was scheduled to compete against Donald Cerrone on February 21 in Pittsburgh, there is insufficient time for a full review and proper promotion before the scheduled bout. As a result, UFC will announce shortly a replacement opponent for Cerrone on the UFC Fight Night card in Pittsburgh.

Additional information will be provided at the appropriate time as the process moves forward.

Interestingly, Means was vocal and confident about his random out of competition drug testing testing done as you can see from his Twitter timeline.

Means tweeted: “@usantidoping showing up early before my first cup of coffee! Good talk! #cleanfighter” with USADA politely tweeting back, “@MeansTim Appreciate you having us, Tim! We’ll bring the joe next time ☕️.”

@MeansTim Appreciate you having us, Tim! We'll bring the joe next time ☕️.

Following the flagged results, Means tweeted: “Fucccck that came out of left field! @usantidoping” and with another said, “Never even heard of ostarine! Look at my physic. Do I look like a steroid user! Lol.”

Never even heard of ostarine! Look at my physic. Do I look like a steroid user! Lol.

What are your thoughts on the “potential Anti-Doping Policy violation” Means is facing?