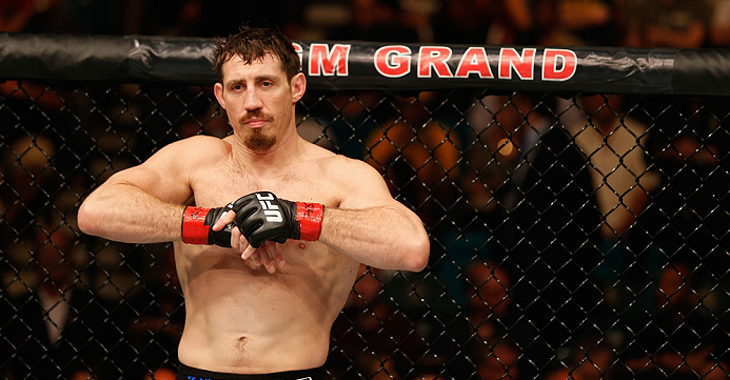 Earlier this week, UFC middleweight contender Tim Kennedy announced his retirement from mixed martial arts with a heartfelt post to his Facebook page. This retirement announcement followed a lopsided knockout loss to Kelvin Gastelum at UFC 206.

Shortly thereafter, Kennedy spoke with MMAFighting.com to elaborate on his decision to retire, and give updates on his involvement with the new Mixed Martial Arts Athletes Association, and his future in the martial arts.

Apparently, it was Kennedy’s plan to retire whether he won or lost against Gastelum, though he admitted there were a few unlikely possibilities that would have kept him around.

“I knew that the outcome of the fight regardless of a win or a loss was going to be me being retired,” he said. “There was one or two scenarios that could have maybe kept me around, and that was me fighting Michael Bisping in like, London, for 10 percent of the entire pay-per-view, which is obviously an impossibility.”

Kennedy then explained that the outcome of the fight only served to reaffirm that it was time to hang up the gloves.

“I really pride myself on being intelligent, smart, but most importantly as a man that understands his assets and liabilities,” he said. “Nothing, like, existentialist or anything, but when you are critically evaluating yourself and your performance, you know what you’re supposed to do, but physically you’re not able to do it. If anything, that fight — and more specifically, my performance in that fight — solidified in every single way that I was doing the right thing by walking away from the sport.”

While Tim Kennedy will no longer be competing in mixed martial arts, he explained that he hopes to compete on the submission grappling circuit in the future, ideally in contests with Fedor Emelianenko and Roger Gracie.

“I’m going to be a martial artist until the day I die. I’m going to be competitive guy,” he said. “I want to fight to fight Fedor [Emelianenko] in a super-fight grappling competition. I want to rematch Roger [Gracie], but maybe in a gi this time so he has a chance. I’m not done, it’s just the fights that I’m going to be picking will be much more meaningful, much more significant.”

Were you surprised that Tim Kennedy decided to retire? Sound off, PENN Nation!