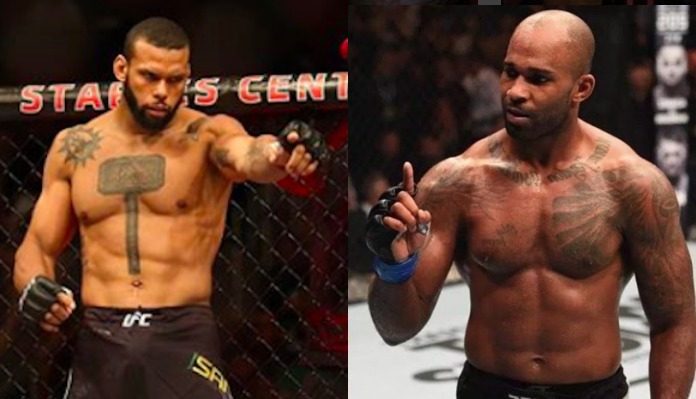 A bit of good news for fight fans in Sao Paulo, Brazil, and anybody that was planning on watching the September 22 UFC Sao Paulo card. Days after Glover Teixeira was forced out of his main event battle with Jimi Manuwa, the UFC has found a replacement opponent for Manuwa: middleweight contender Thiago Santos. The bout will occur at light heavyweight.

This bout was confirmed by Chamatkar Sandhu of ESPN after Ariel Helwani reported it as a possibility.

Update on this:
Sources tell me Jimi Manuwa has signed his bout agreement to fight Thiago Santos. https://t.co/UmEg974paS

If this bout is indeed a go, here’s the UFC Sao Paulo lineup as it now stands:

Who do you think comes out on top in UFC Sao Paulo’s new Jimi Manuwa vs. Thiago Santos main event? What do you think of the fight?