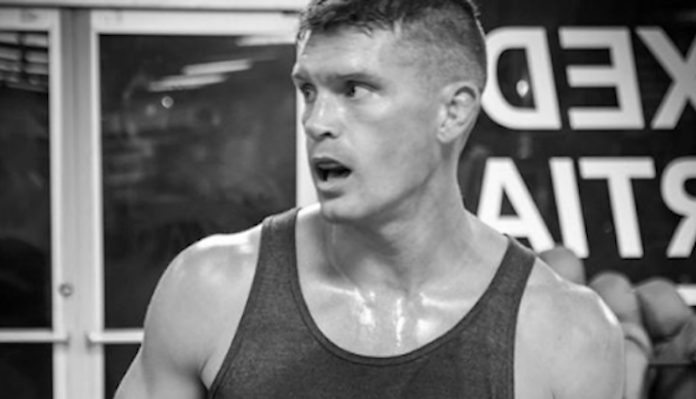 On September 8, in the main event of UFC 228 in Dallas, Texas, UFC welterweight champion Tyron Woodley will attempt to defend his title against undefeated challenger Darren Till. As the only common opponent between the two men, two-time welterweight title Stephen Thompson has unique insight into the matchup.

Thompson broke down the UFC 228 main event on the latest episode of Submission Radio. In his eyes, both fighters have definite paths to victory heading into the fight.

“Darren Till is a big body, like I said, so he’s very heavy and he’s aggressive,” Stephen Thompson said of the fight. “Tyron, he doesn’t do well against those aggressive guys, especially who are just kind of in their face. And Darren is very long. And it’s for fear of Tyron gassing out, maybe. I guess that’s why he doesn’t do well against those aggressive guys. So, Darren Till definitely has the body, the mass to really push Tyron and tire him out. But on the other hand, Tyron Woodley’s a very intelligent guy. He’s very cerebral when it comes to breaking down fighters. So, he’s not gonna be stupid. Darren Till, he gives up his hips. Every time you throw a punch he leans way back and his hips are there. I think Tyron’s gotta use that right hand, and if he doesn’t knock him out with it, he’s gotta set it up to take him down. And he’s got the power to be able to hold Darren down, even though Darren Till is showing photos on his Instagram – cause people were posting up that he’s got some of the best Jiu Jitsu guys in the world helping him out. But this close to fight time it’s not gonna make a difference.”

What do you think of Stephen Thompson’s assessment of this Darren Till vs. Tyron Woodley fight? Who do you think wins?