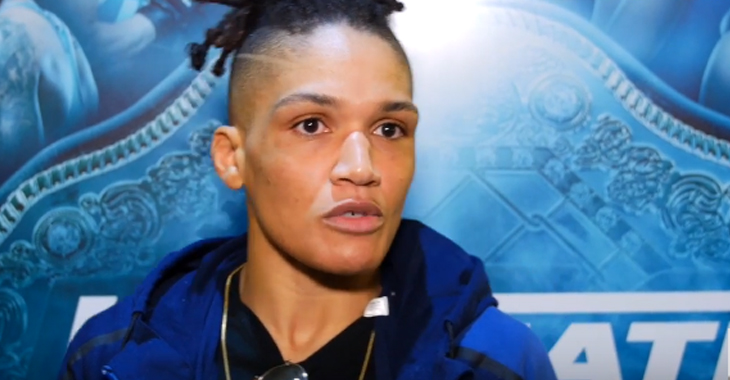 After Sijara Eubanks fought her way through an entire house of flyweights, she was ready for her big UFC moment and title fight. The 12-seed proved everyone wrong and silenced critics with her surprise performances on The Ultimate Fighter. What comes as another surprise, is her unfortunate kidney failure that resulted in her having to pull out of the biggest moment of her career. She recently opened up on the incident on social media.

“First of all, I’m a champion. Point blank. I will be UFC champion, but it’s God’s will that it won’t be Friday night. I’m a gangster and I’ve cut more weight than most male fighters, and unfortunately there were some miscalculations this cut, no excuses, I worked my ass off and went out on my shield. I was hospitalized early this morning for kidney failure but best believe I’ma be right back training and right back after that belt. This game is full of ups and downs, true champs know that and bounce back. Nicco and Roxanne I’m sure will have a great fight, and best wishes to both those ladies. True class, those two. Nothing changes, I’m still the queen and I will claim my throne. Thank you to all my coaches, friends and family and the wonderful staff at UFC. God is good and I am truly blessed.” – Sijara Eubanks on her official Instagram.

While Sijara Eubanks will have to wait for another shot in the UFC, Roxanne Modaferri will step in to fight Nicco Montano tomorrow for the inaugural UFC women’s flyweight title. No word on if and when the UFC would book Eubanks again, but it seems like she’d push to get an immediate title shot on her return. Although, with this incident combined with he struggle to make weight on the show, it’s possible she may not even fight at flyweight. Below is the updated Ultimate Fighter 26 Finale card for tomorrow.