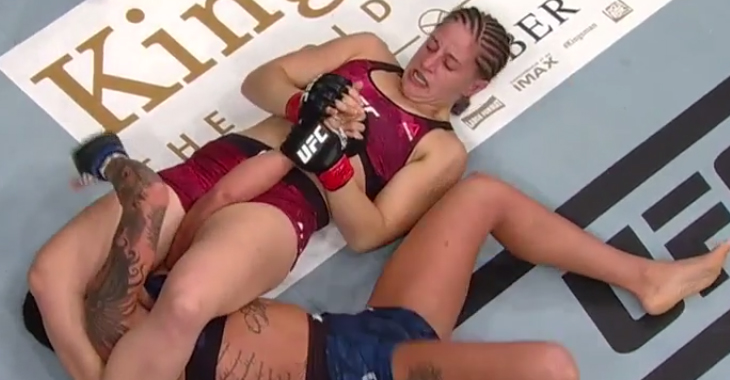 There’s not much to talk about during this fight. Not because Sarah Moras or Ashlee Evans-Smith put on a boring fight, but because the fight didn’t even last half of a full round. Moras hasn’t fought since July 2015 and leaped into this fight like she wanted to make up all that time. She locked up Evans-Smith’s arm and torques the hell out of it. Unfortunately, it looks like it was dislocated and it’s hard to watch if the submission wasn’t so sweet.

Sarah Moras is a savage. "I hope so," she says when Rogan suggested she separated her opponent's elbow.

Evans-Smith did a great job of trying to stack Sarah Moras, but the hip power and control of Moras was something that could not be stopped. Once Moras flipped Evans-Smith into position, it was over. After a couple of years off, Moras now has a lightening fast finish over a name and should go from absent to ranked on the UFC website. Let’s see if Sarah Moras can keep this up as the women’s bantamweight division welcomes her back.