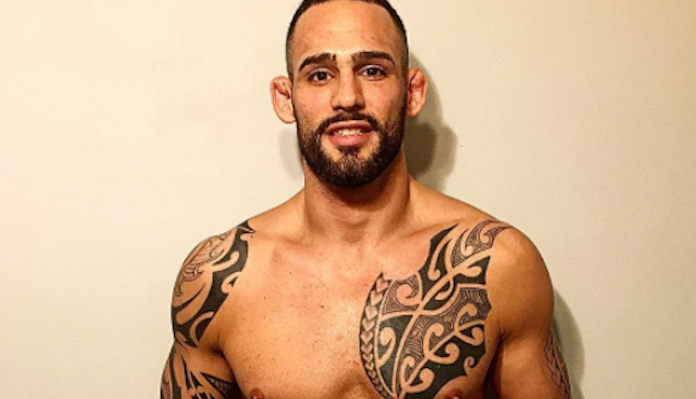 On May 19, the UFC will touch down in Santiago, Chile. This trip to Chile will mark the promotion’s first trip to a South American country other than Brazil, and Argentine welterweight contender Santiago Ponzinibbio is hoping to headline the occasion.

If Ponzinibbio does receive headlining honors for the UFC’s debut in Chile, he’s got two names in mind as far as opponents go. The first is two-time UFC title challenger Stephen “Wonderboy” Thompson, who he has called out previously. The second is Donald “Cowboy” Cerrone, who he also called out recently.

Ponzinibbio reiterated his desire for these fights in a conversation with MMAJunkie.

“I am ready for the top five,” Ponzinibbio said. “I am ready for anyone in this division. I could fight Tyron Woodley tomorrow. I am ready for any situation. I asked the UFC for ‘Wonderboy’, because I think we would have an exciting fight. Two high-level striker guys, and Cerrone too.”

“I would want ‘Wonderboy,’ but I think he has an injury and still has to rehab. If ‘Wonderboy’ can’t, OK, give me Cerrone. I think it’s an exciting fight for the fans. For the first time in Chile, it would be a really exciting fight I think.”

Of these two options, Ponzinibbio seems to believe Cowboy is the more plausible, given the fighter’s long history of taking fights against anyone, at any time, and most importantly, in any location.

“Not many guys like to fight in other’s towns, but Cerrone will do it,” Ponzinibbio said. “For this reason I think Cerrone is a very good option. I know he will fight anyone in any country. I have six victories in a row, I have big knockouts, and I deserve to fight guys in the top five. But if I don’t have that fight it’s OK, because Cerrone will be very exciting for the fans.”

Who would you like to see Santiago Ponzinibbio fight in the UFC Chile main event?