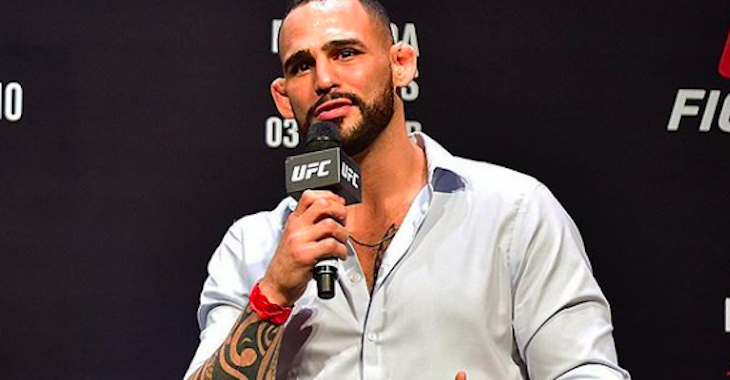 “I’d like to fight Thompson,” Ponzinibbio told MMABrasil.com.br. “I think he’s a great  striker,  and I want to be the best  striker  in the division, so I’ve been showing [my skills]. I’ve got six consecutive wins, three by first-round knockout. The last one was a decision, but I’ve been showing good fights, with good exchanges of blows, trying to work [my fights] standing. So I believe I have the resources to beat [Wonderboy], and we would put on a very good fight… a fight that would stay in UFC history.”

Evidently disappointed by the lack of feedback from Thompson, Ponzinibbio has now shifted his focus to Donald “Cowboy” Cerrone, who won big with a knockout of Yancy Medeiros in the main event of UFC Austin on Saturday night. Ponzinibbio made this callout on Instagram, specifying that he hopes the fight will go down in Chile.

“What a fight,” Ponzinibbio said of Cowboy’s win over Medeiros in his Instagram post. [Donald Cerrone] is an impressive athlete. Let’s have a war in [UFC Chile] brother!”

Ponzinibbio last fought in December, when he picked up a thrilling decision win over “Platinum” Mike Perry. Unfortunately for him, Cerrone now plans to return to the lightweight division.

Does a potential fight between Santiago Ponzinibbio and Donald “Cowboy” Cerrone interest you? Join the conversation in the comments section!