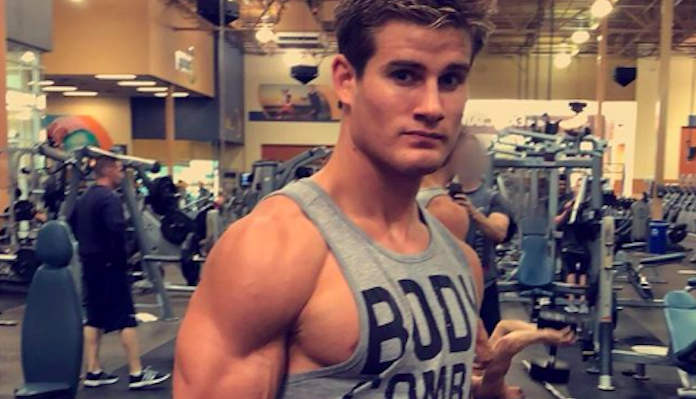 CM Punk’s second MMA fight, which pitted him against Mike Jackson at UFC 225, didn’t go a whole lot better than his first. Though the former pro wrestler managed to survived until the final bell, he was soundly beaten for the bout’s duration — on the feet and on the mat — erasing any lingering hope that he might have what it takes to cut it in the perilous world of cage fighting.

Yet just as he did in his first fight, a first-round submission loss to Mickey Gall, Punk showed that he’s got a toaster-sized heart thumping away inside his tattoo-covered chest. Though he is clearly short on the ability required to thrive as a mixed martial artist, he is long on guts, and that fact impressed many of the UFC’s top fighters.

That includes “Super” Sage Northcutt, who once crossed paths with Punk at Roufusport in Milwaukee.

“He’s a very nice guy, and I know that he’s got to be putting in the training and effort,” Northcutt said of Punk on a recent episode of I Could Never Be (transcribed by Simon Samano for MMAjunkie). “It takes a while to be able to get to get all the skill set that these guys that train 20 or 30 years for, have been in the UFC for so long, have trained their whole lives for. So, he came from WWE and now fighting for the UFC, I think it took him so much courage. It takes anybody courage to be able to step out there in the Octagon and fight, and I think he did a great job.”

“I guess it’s up to him to see what he’s going to do, but I know that if he does have another fight, he’ll be training super hard for it, and he’s got to,” Northcutt said. “And if he does it, he definitely has the courage and bravery to get out there because not everybody can do that.”

What do you think of Sage Northcutt’s comments on CM Punk?