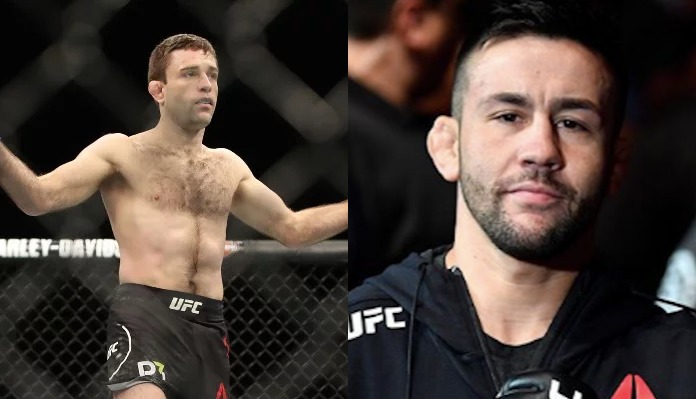 Ryan Hall may have finally gotten a fight.

The jiu-jitsu wizard has been complaining about not being able to get fights after opponents kept turning him down. So, he took to social media to call out Jose Aldo and Frankie Edgar. But, it appears another bantamweight is willing to move up to fight Hall and that is Pedro Munhoz.

Munhoz spoke to MMA Fighting where he too was having problems getting an opponent. So, he is eager to test out his jiu-jitsu against Ryan Hall.

“He asked for a fight with Gray Maynard, a 40-year-old,” Munhoz said. “He asked for Jose Aldo, who just dropped to bantamweight, he asked for Frankie Edgar, who’s almost 40 and just broke his jaw. I’d fight this sh*t. It would be a good one.

Ryan Hall then saw the post and took to social media seemingly accepting the callout and proposing the date of April 18 which is UFC 249 in Brooklyn, New York.

Thank you, @PedroMunhozmma. It would be a pleasure to face an athlete of your high caliber. How about April 18 in Brooklyn? @ufc https://t.co/hHm5gnM2gf

“Thank you, @PedroMunhozmma. It would be a pleasure to face an athlete of your high caliber. How about April 18 in Brooklyn? @ufc,” Hall tweeted.

Ryan Hall has not fought since he beat Darren Elkins by decision in his return to featherweight. Before that, he had submitted B.J. Penn, and earned decision wins over Gray Maynard and Artem Lobov to win The Ultimate Fighter. He is currently ranked 14th in the division.

Pedro Munhoz, meanwhile, is coming off a decision loss to Aljamain Sterling at UFC 238. The loss snapped his three-fight winning streak which included a knockout win over Cody Garbrandt. The Brazilian is ranked sixth at bantamweight.

Would you be interested in seeing Ryan Hall vs. Pedro Munhoz? And, if the fight happens, who do you think would win? Sound off in the comment section, PENN Nation!