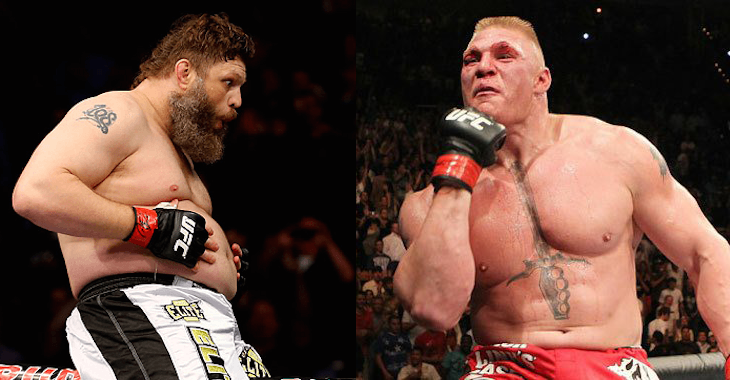 Roy Nelson doesn’t seem to have much faith in the PED testing process in the UFC. In fact, ‘Big Country’ has already fought two heavyweights who have tested positive in the past in Josh Barnett and Alistair Overeem; his upcoming fight against Antonio ‘Bigfoot’ Silva will be the third.

‘Big Country’ spoke to BJPenn.com about ‘Bigfoot’ Silva, the state of the heavyweight division and the issue of performance enhancing drugs in MMA in an exclusive interview on Wednesday.

“If I had Jeff Novitzky’s job, if I ran USADA, I would show them how to run a company,” Nelson told BJPenn.com. “(PED use) is just rampant in the sport.”

‘Big Country’ is coming off of a split decision loss to Derrick Lewis in July and will look to get back on track with a victory over ‘Bigfoot’, a man who tested positive for elevated testosterone back in 2013 for his first fight with Mark Hunt. While both men are coming off of losses, ‘Big Country’ knows the fickle nature of the heavyweight division, where one punch can end a fight.

“Look at (Andrei) Arlovski, he was on a win streak and after one loss, they started to pile up. Now he’s lost three in a row.”

“And Stefan Struve knocked out out the champ Stipe (Miocic). Anything can happen in this sport, especially in the heavyweight division.”

Nelson’s heavyweight bout with ‘Bigfoot’ Silva marks the first time in ‘Big Country’s’ storied career that he will be fighting in Brazil. Silva may be a Brazilian, but according to ‘Big Country’, his fanbase spans from his native Las Vegas all the way to Rio de Janeiro.

“You know, I’ve had so many Brazilian fans come up to me asking when I’ll fight in Brazil, and I’ve actually never fought in Brazil. I think I could actually have the hometown crowd (rooting for me).”

Who do you have between these two heavyweight sluggers? Sound off in the comments section, PENN Nation!