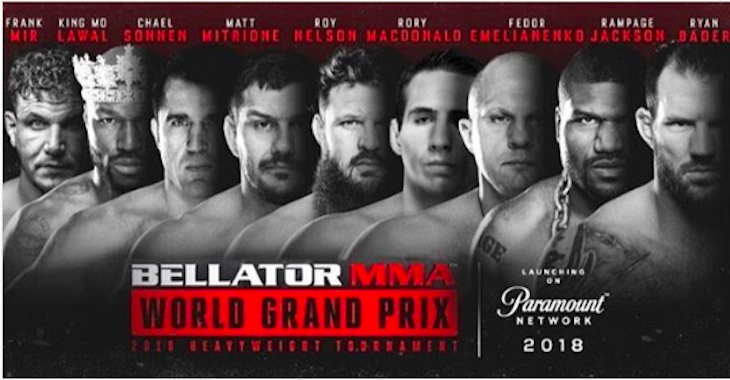 Though MacDonald would be grossly undersized against fighters like Sonnen and Bader, and outright dwarfed by fighters like Mir and Mitrione, he’s apparently keen on joining the tournament all the same. From the sounds of it, he would be willing to join the mayhem as an alternate.

“I spoke to Scott Coker about it.” MacDonald said during a recent discussion on Facebook Live. “He said ‘we’ll see how this fight goes against [welterweight champ Douglas] Lima’ and maybe they can use me as an alternate if something comes up.”

When asked if he had any experience training or sparring with heavyweights, MacDonald had this to say:

“Not really, but I’m willing to try and fight them. It will probably be a bit of a problem but I’m up for the challenge.”

Days removed from his appearance on Facebook live, MacDonald continues to express interest in joining this tournament on social media. The Instagram post below, which shows him superimposed into the official tournament poster, leaves no doubt about this desire.

Rory MacDonald’s bout with Douglas Lima goes down this January 20. If he wins, he’ll be crowned the organization’s welterweight champion.

Do you want to see Rory MacDonald compete in the Bellator heavyweight Grand Prix?