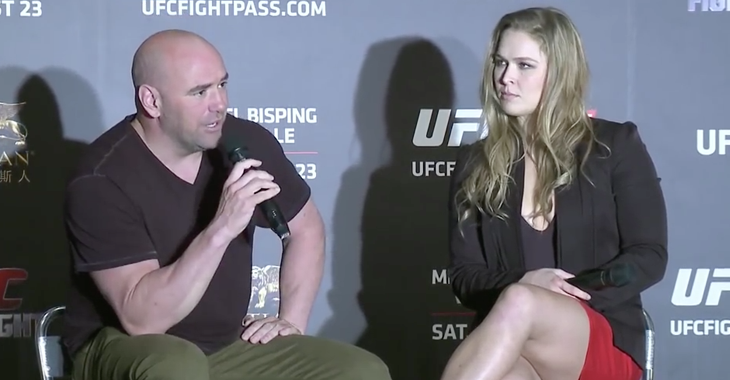 Recently however, UFC President Dana White revealed that Rousey likely wouldn’t be returning to the Octagon for another fight, and would look to explore other career opportunities, including her film career. “She’s going to ride off into the sunset and start living her life outside of fighting,”

Now, in an interview with Sports Illustrated, White defended Rousey from critics, saying:

“Everything she told me she would do, she did,” said White during an interview with Sports Illustrated. “She worked her ass off for this sport, for this company, for women. She worked herself to the bone. I’ve never had a fighter work [with publicity] the way she has. She’s made a lot of money. I know for her that doesn’t matter—her legacy means more to her than anything else. But you know what, sometimes we can’t have it all. But let’s be clear: she built this house. She really did,”

“I care about her as a human being more than the fighter side. You read the bulls—, ‘Oh man, UFC’s in trouble, their golden goose….’ She’s not a f—king golden goose. She’s a human being. And she’s a very good f—ing friend of mine.”