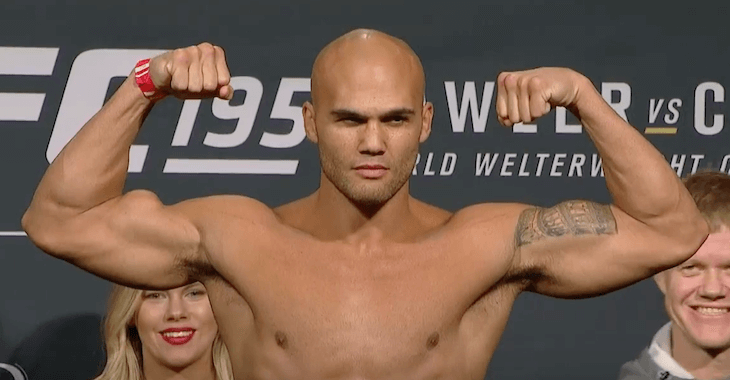 UFC welterweight champion Robbie Lawler has earned the reputation as a warrior throughout the course of his 38 fight MMA career.

Lawler has shared the cage with MMA greats such as Carlos Condit, Nick Diaz, Jacare Souza, and Mayhem Miller to name just a few. In addition, Lawler has been in quite a few wars during his career, most notably his fight against Rory MacDonald at UFC 189.

Lawler spoke to FloCombat to discuss which fighter has hit him the hardest, and the answer wasn’t even a former opponent!

“Drew McFedries was the hardest hitter I’ve ever been around. A big, strong, athletic guy with power. He didn’t have to hit you with a hard shot or load ups, even the little short shots could hurt you.”

McFedries had a brief stint with the UFC from 2006-2009, during which he went 4-5. He is currently riding a 2-fight win streak under the XFO banner in Illinois.