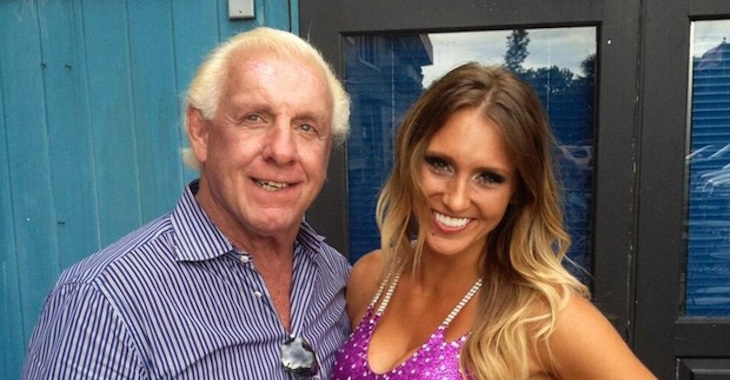 Unfortunate news surfaced from the world of pro wrestling this weekend.

Wrestling legend Ric Flair was forced to be hospitalized for apparent heart trouble.

Thankfully wrestling fans were able to let out a big “Wooooo” of relief when Legacy Talent CEO Melinda Morris Zanoni revealed that the 68-year-old wrestling legend was doing alright.

“Yes, Ric checked into a hospital for routine monitoring, no reason to panic. Many thanks to his fiance, and hospital staff for providing care. No excuses—Ric would want you to go out tonight and enjoy yourself, Nature Boy style!”

That news is definitely worth a second “Woooooooo!”. Ric Flair has been open about his health issues in the past. In 2004, “The Nature Boy” revealed that he suffered from alcohol-related heart issues in his book “Ric Flair: To Be the Man”.

“It takes a lot of pressure off me…just trying to be just as good the next day as I was the day before,” Flair said of being away from the wrestling ring. “I tell you, it’s by the grace of God that I have had the career that I had.”

Flair’s daughter, Charlotte, has followed in her father’s footsteps and is currently one of the biggest stars on the World Wrestling Entertainment (WWE) roster.