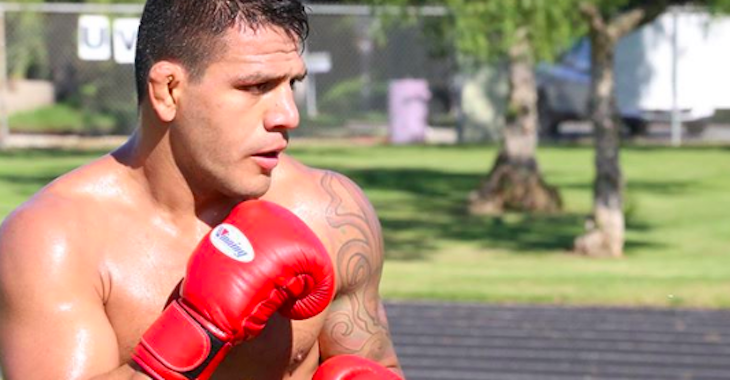 “I think that fight will happen,” Woodley told ESPN. “I think it will happen this year. I think it’s way more likely than people realize. There are conversations about Nate and I fighting in July. The UFC has offered Nate that fight. They just have to make it worth his while.

“I think I’ll fight Nate this year, and I think it will be my return to the Octagon. If I had to bet the house on it, that’s my next opponent.”

For former UFC lightweight champion Rafael dos Anjos, who seems to be the consensus number-one-contender at welterweight, Woodley’s talk of a bout with Diaz is getting old. Dos Anjos put the welterweight champ on blast in a Wednesday morning Twitter post.

@TWooodley man up and stop talk about fight that make no sense, everyone know that I’m the real contender. You want to fight a guy that has never beat a real welterweight in his whole life. Shame on you…

“[Tyron Woodley] man up and stop [talking] about fight that make no sense, everyone know that I’m the real contender,” Dos Anjos said in his post. “You want to fight a guy that has never beat a real welterweight in his whole life. Shame on you…”

Needless to say, Rafael dos Anjos doesn’t believe Nate Diaz should be anywhere near a welterweight title shot – least of all ahead of him. Given that dos Anjos dominated Diaz to a unanimous decision win in a 2014 catchweight bout, this should come as no surprise.

Who do you think should get the next UFC welterweight title shot? Rafael dos Anjos, Nate Diaz, or someone else?