It’s no secret who top UFC  welterweight, Colby “Chaos” Covington has his eyes on for his next fight.

Covington is 13-1 and last fought at UFC Fight Night 119 in Sao Paulo, Brazil against Demian Maia on October 28. And even prior to this big victory, the man from Fort Lauderdale, Florida had the champion, Tyron Woodley on his mind. 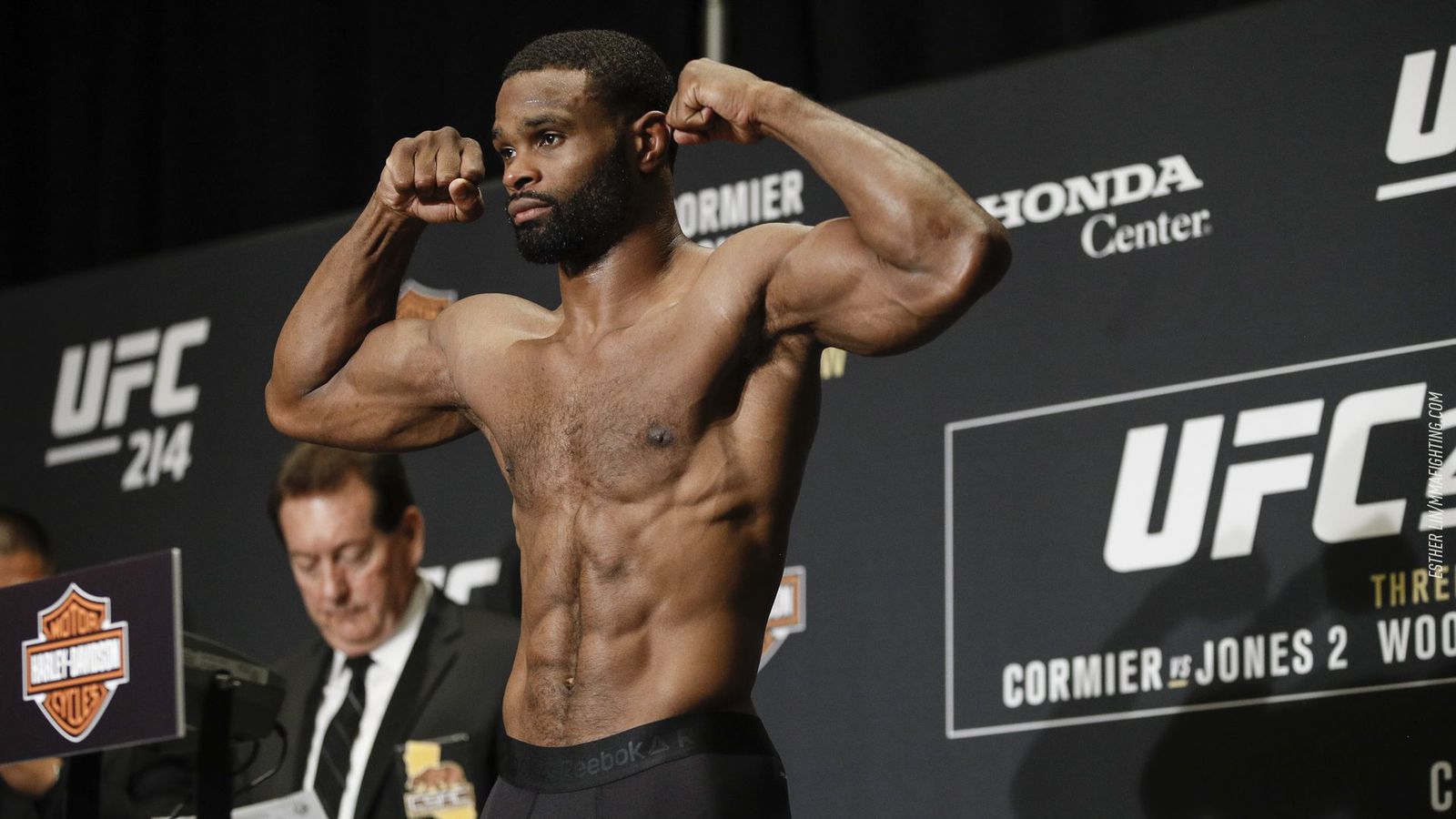 After going under the knife for shoulder surgery in December, Woodley has just been recovering while doing his usual guest appearances as an analyst for UFC post-fight shows or the UFC’s weekly news show, UFC Tonight. He was going to wait to see if any fight options would come available prior to the possibility of his surgery but nothing did. Woodley last fought on the big UFC 214 card back in the Summer when he defended his title for the second time by defeating Demian Maia.

Now, Covington vs Woodley isn’t the fight that’s happening next. Well, it could be but nothing is close to official. And just today, the champ, Woodley stated he believes he’ll fight the allegedly returning Nate Diaz. Whether or not he thinks it will be before or after a potential title defense…he did not specify.

“I think that fight [with Nate Diaz] will happen. I think it will happen this year. I think it’s way more likely than people realize. There are conversations about Nate and I fighting in July. The UFC has offered Nate that fight. They just have to make it worth his while. I think I’ll fight Nate this year, and I think it will be my return to the Octagon. If I had to bet the house on it, that’s my next opponent. In four weeks? No. I wouldn’t fight him. If we’re fighting, I’m pretty sure it would have to be for my belt.”

Covington’s goal has been made very clear. Does he get his first title career title shot anytime soon?