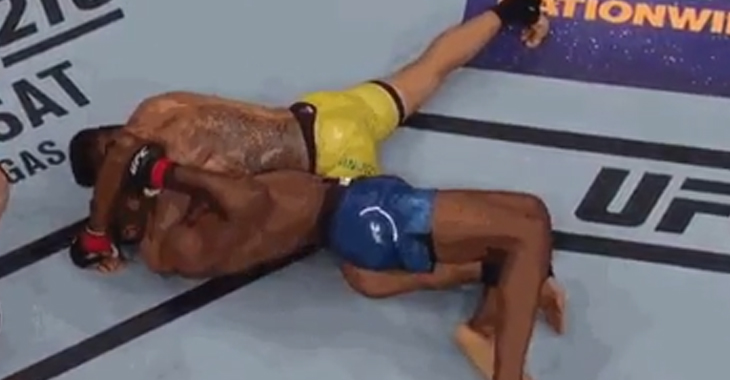 Just on their names alone, the fight between Neil Magny and Rafael dos Anjos could have been a main event if this was a UFC on FOX card and not a pay-per-view event. With an intimidating record, Magny was at number six in the welterweight division as he welcomed dos Anjos into the weight class for his second fight. A win over Magny would be a huge statement for dos Anjos to make after moving up in weight, so that’s exactly what he went out there and did.

The former UFC lightweight champion immediately got the fight to the ground to deal out some nasty damage. It never moved from there. Rafael dos Anjos maintained scary control while constantly threatening Magny with shots. In less that four minutes, dos Anjos was choking Magny with an arm-triangle and there was nowhere to go. Dos Anjos gets the tap and says he’s coming for that welterweight belt.