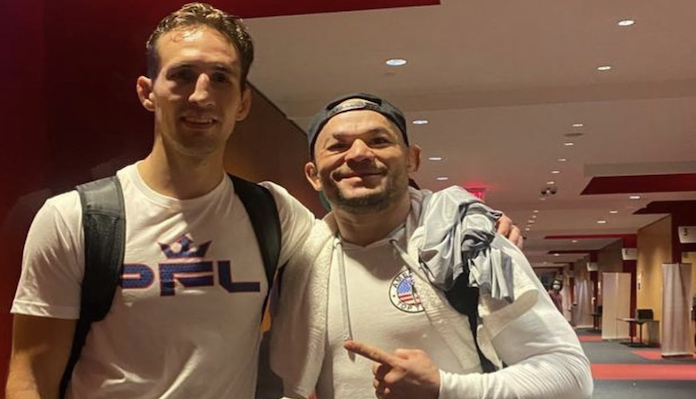 Veteran Gleison Tibau vowed to knock Rory MacDonald out in a future PFL rematch, saying that “he already wanted the fight to be over.”

Tibau won a highly controversial split decision over MacDonald in the main event of PFL 5. Most fans and media believed that MacDonald did enough to win the decision, but two of the three judges gave the split nod to Tibau instead. Some fans have suggested it’s one of the worst decisions they have ever seen, but if you ask Tibau, he’s confident he won.

Speaking to Guilherme Cruz of MMAFighting, Tibau said that although he could have done more during the fight, he was still confident that he was going to win the decision.

In fact, Tibau is already willing to issue an open challenge to MacDonald for a future rematch. MacDonald is still part of the final four in the PFL welterweight tournament so he will be focused on winning the $1 million grand prize right now, but in the future, Tibau hopes that he will get the chance to fight “The Red King” again and the next time, knock him out and put to rest any of the controversies of the judges’ decision.

“Next time I’ll knock him out. I already know the path. I felt I could have knocked him out. He wouldn’t have handled the pressure If we were in a five-round fight. He already wanted the fight to be over. I felt that,” Tibau said.

Who do you think would win in a rematch between Gleison Tibau and Rory MacDonald?