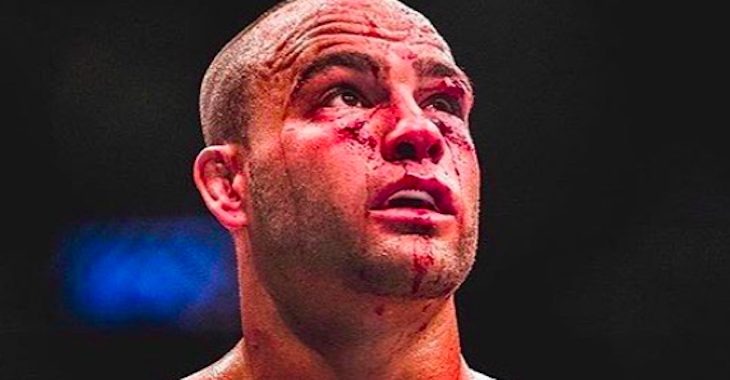 Eddie Alvarez’s fight with Justin Gaethje came and went and it was everything they said it would be and more. Leading up to the fight, Alvarez created an unofficial title forged in violence that would be up for grabs in their UFC 218 bout. His jaw swollen like it contained a softball, Alvarez captured that invisible belt and put himself back in title contention for the lightweight strap. The brutal and grueling war these two put on, while crowd-pleasing, had Paul Felder looking at things in a completely different way. …These guys are potentially damaging their careers.

“That’s the goal, right? Hit and don’t get hit. That’s why I train so hard in camp and I spar and we do everything so specifically because I want to get in there and I want get the job done. […] I’m always prepared for a three-round war, but I’m just not trying to be in them. You’ve got Eddie [Alvarez], who’s trying to be the ‘Most Violent Guy,’ and [Justin] Gaethje, who’s looking for an equal. Go ahead. You guys can go and fight over that. Meanwhile, I’ll silently be knocking everyone out and working my way to the top 10, top five, and sneak right in there and take that title shot from you guys.”

Last week Paul Felder scored a TKO victory at #UFC218 and tonight he will be leading the cage-side announcing for #UFCFresno. Let’s change his name from The Irish Dragon to Renaissance Man.

“The UFC loves wars, but you know what else they love? Seeing guys being able to fight multiple times a year and finish people. The route that I’m going, not that it’s always going to stay that way, if I can keep getting finished and staying protected, I can fight three times a year and stay healthy. I can fight right now. […] That’s always the goal. That’s three fights in a row where I had just a couple bruises here and there. That’s it – no injuries whatsoever. […] Those guys shouldn’t be fighting for another like, eight months with the damage that they took.” — Paul Felder speaking to MMA Junkie Radio.

While destroying their bodies and chasing after an unofficial ‘Most Violent’ title, Paul Felder vows to sneak in and capture the real gold belt. He’s already well on his way of doing that. Not only has he strung together three wins, all of them finishes, but he’s been doing it while also putting in mic time with the UFC. That’s an impressive feat. His victory over Charles Oliveira will most likely get him a fight that will allow him to break into the lightweight rankings again and continue deeper into the shark tank.