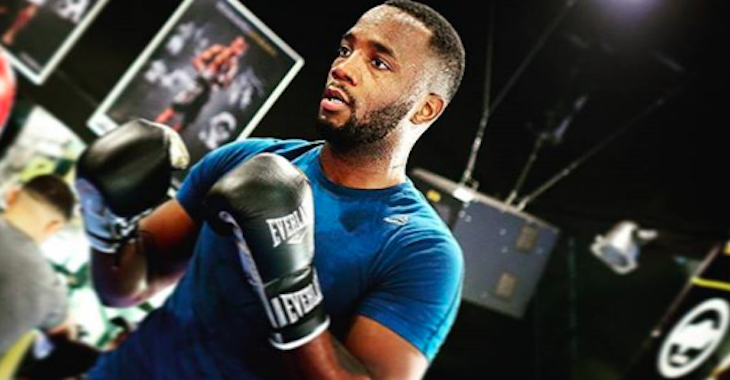 Currently on a four-fight win-streak, composed of wins over dangerous adversaries in Dominic Waters, Albert Tumenov, Vincente Luque and Bryan Barberena, England’s Leon Edwards in one of the fastest-rising contenders in the UFC welterweight division.

Edwards will attempt to make his next leap up the proverbial ladder this March 27, when the UFC touches down in London, England. His opponent will dangerous Polish-German fighter – sorry, Jamaican fighter – Peter Sobotta. While Edwards respects Sobotta, however, this is not really the kind of fight he was hoping for after four-straight wins.

“I’m a bit disappointed with the fight, but like I said, I’m not looking past him,” he continued. “He’s a tough fight, but I feel like I’ll go out there and I’ll put him away.”

Needless to say, Edwards is hoping that a big win over Sobotta will catapult him into the welterweight rankings, where fights with the division’s top names will be waiting.

“I’ve been calling for that Donald Cerrone fight for a while now and I didn’t get it,” he said. “So, now I got to go out there, prove my point again and hopefully my next fight will be a top ten guy.”

“When I beat Tumenov, he was ranked number 12 in the world when I beat him,” Edwards added, reaffirming his stance that he’s probably due for a top-10 foe. “Like I said, that’s the goal, to go out there and put Sobotta away. [Then] I should get ranked guys.”

If Leon Edwards takes out Peter Sobotta in March, who do you want to see him take on next?