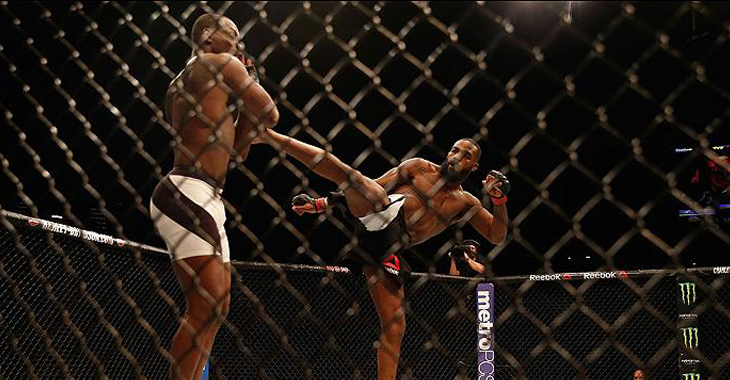 Ovince Saint Preux had a tall order in front of him at UFC 197 with just three weeks notice. “OSP” fought one of the greatest fighters to ever compete in mixed martial arts on Saturday night and came up short, but proved that he can fight with the best of them.

However, one thing to note is that Saint Preux said he injured his arm blocking one of Jones’ kicks in the second round. UFC President Dana White confirmed that “OSP” actually suffered a broken arm during the fight.

Saint Preux’s coach Joey Zonar told MMA Fighting that the broken arm was suffered in the second round and is unsure if surgery will be needed for repair.

Here's the X-ray of the broken arm Ovince St. Preux suffered in the second round against Jon Jones.#UFC197 pic.twitter.com/7UJCB4a6cA

Saint Preux’s legitimacy as a top-rank contender went up after the fight with Jones, and should even hold more validity having fought one of the pound-for-pound greats for the majority of the fight with a broken arm.

What do you think should be next for Ovince Saint Preux? Share your thoughts with us in the comment section.