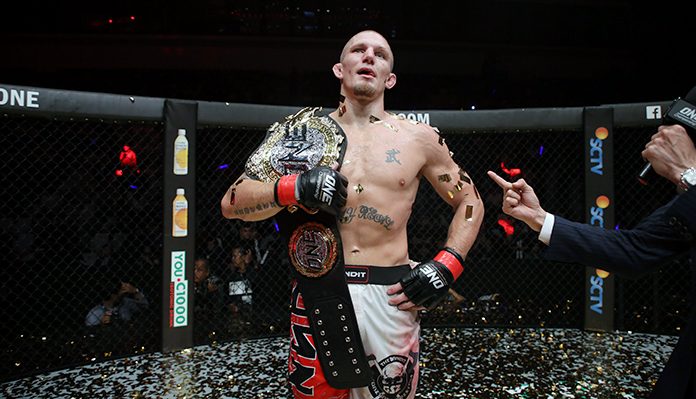 Only three men in history have held the ONE Welterweight World Title, and it is an esteemed group of martial artists. Because the weight class contains athletes with elite strength, speed, and skill, some of the most dangerous and exciting competitors cross paths in this division.

That makes extended reigns with the ONE Welterweight World Title all the more impressive. The current champion is Zebaztian Kadestam, and he’s one of the roughest and well-balanced martial artists in the world.

He’s set to defend his title against Kiamrian Abbasov in Jakarta, Indonesia, in the main event of ONE: Dawn of Valor on 25 October.

Abbasov has smashed and squeezed his way to the No. 1 contender’s spot. Noteworthy wins over Yushin Okami and Agilan Thani have led the 24-year-old from Kyrgyzstan to this opportunity.

At just 26 years of age, Abbasov has already put together a professional record of 21-4 with 14 wins coming by stoppage. Because of Abbasov’s aggressive style and Kadestam seek-and-destroy approach, it would be a surprise if this match went the distance.

One of these two warriors is likely to secure the stoppage victory. If Kadestam wins, he’ll have added another successful title defense to his resume. If he loses, Abbasov will be the newest champion in the weight class. Let’s take a look at the history of the ONE Welterweight World Championship starting from its inception in 2014. 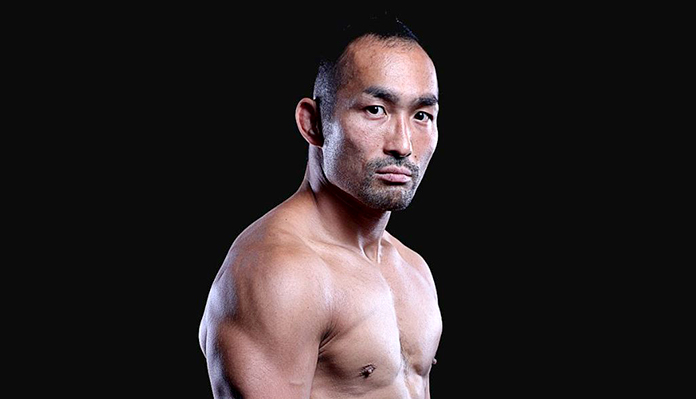 The first man to wear the ONE Welterweight World Championship belt was Japan’s, Nobutatsu Suzuki. He won it in March 2014 at ONE: War of Nations in Kuala Lumpur, Malaysia, with a unanimous-decision victory over Brock Larson. Suzuki was just three weeks shy of his 37th birthday, and he was coming off a first-round KO win over Phil Baroni to earn the shot at the inaugural title.

Suzuki’s record heading into the match with Larson was a sparkling 10-1. At the age of 42, it appears Suzuki may be retired. His last match was a first-round TKO defeat at the hands of Ev Ting on August 2017. 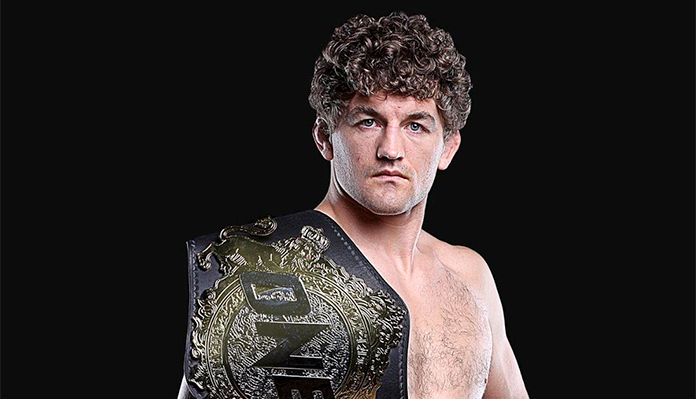 In Suzuki’s first and only title defense, he ran into a buzzsaw named Ben Askren. The talented American grappler destroyed Suzuki in less than two minutes en route to a first-round TKO victory. Askren’s wrestling would prove to be the single-most dominant skill anyone in the history of ONE Championship has ever shown.

Askren’s first attempted defense ended abruptly. A No-Contest ended his April 2015 match with Luis Santos. However, Askren would return to the ONE cage to compete three times in 2017.

In May 2017, Askren manhandled Agilan Thani in Singapore. Askren won by first-round submission with an arm-triangle choke to secure his first title defense. Less than four months later, Askren easily defeated Kadestam via second-round TKO in Shanghai, China. In what would prove to be his last defense of the belt, Askren defeated the former two-time ONE Lightweight World Champion and all-time great Shinya Aoki in just 57 seconds by a first-round TKO.

Askren never competed for ONE again after that bout, and the promotion agreed to trade him to the UFC for all-time great flyweight great, Demetrious “Mighty Mouse” Johnson.

The move was historic because we’d never seen two martial arts promotions trade the contracts of two elite athletes. The move changed the way fans look at mixed martial arts, secured a top-notch talent in Johnson, and it also created an opportunity for a new champion at welterweight. 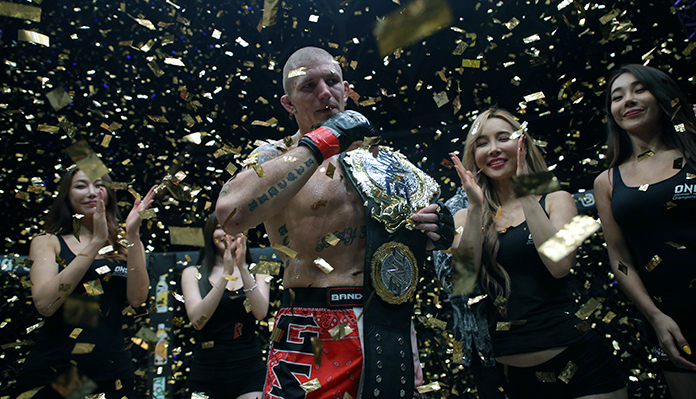 Askren had dominated the division to the point that it appeared he would keep it until he retired. Askren’s exit set up a title bout to determine the man who would succeed him as champion.

Zebaztian Kadestam had been a perennial contender, so he was chosen to take on talented and hard-charging American Tyler McGuire. The two men met in November 2018, and the match was a memorable one. You could tell both Kadestam and McGuire came prepared to leave it all on the canvas to determine the winner.

McGuire’s movement looked like it might have been a problem for Kadestam early, but it was the latter’s pressure, poise, power, and a gas tank that led him to victory. A big right hand found its mark in the fifth round and dropped McGuire. Kadestam’s ground strikes finished the deal as a knee to the face sealed the victory. Kadestam’s reign began there, but he’d have a fairly close call in his first title defense at ONE: Reign of Valor in March.

Georgia’s Georgy Kichigin came into his ONE debut with quite a bit of buzz around him. In the first round against Kadestam, Kichigin was having success with his wrestling and in-fighting. However, he ate a vicious elbow against the cage from the champion that hurt him. Kichigin made it through the second round, but could not answer the horn for the beginning of the third.