Stamp Fairtex, despite her youth, has already established herself as a star in the world of martial arts. The Thai talent has become the only two-sport champion under the ONE Championship banner.

On June 15 in Shanghai in the main event of ONE: LEGENDARY QUEST, Stamp will look to add to her legacy when she defends her ONE Atomweight Muay Thai World Title against 18-year-old prodigy Alma Juniku in a battle of two of the youngest competitors in the organization.

How They Got Here

Juniku has taken the Muay Thai scene by storm. At just 18 years old, she has already compiled a professional record of 24-4. She is widely regarded as one of the top Muay Thai prospects in the world, a reason why she was given this massive opportunity.

Juniku owns wins over Zaza Sor Aree and fellow Australian Thai boxer Brooke Farrell, which helped set up a chance at Stamp’s title. The bout will be an explosive welcome for Juniku who will be competing at ONE Championship for the first time. 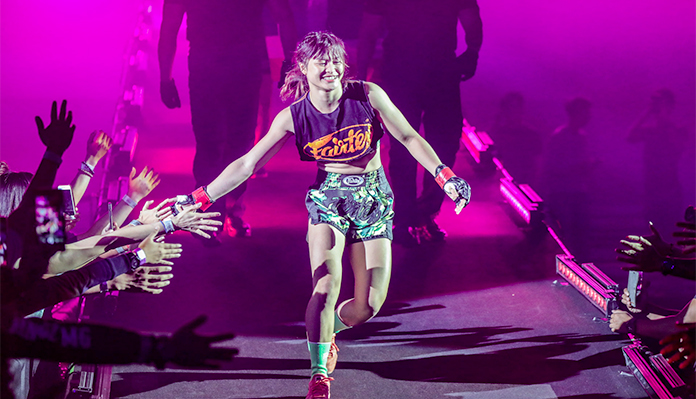 Stamp Fairtex, on the other hand, is in the midst of a successful run with ONE. She has captured the ONE Atomweight Muay Thai and Kickboxing World Championships, and has shown people she can be a handful in mixed martial arts as well.

At ONE: WARRIOR SERIES 2 in July 2018, Stamp scored a quick head-kick knockout win over Rashi Sinde. Not long after, she captured her first title with a victory over Kai Ting Chuang before beating Janet Todd for the second.

Alma Juniku‘s best weapons are her elbows and overhand right. She is aggressive and loves to initiate the action, punctuating her attacks with a hard elbow or right hand. She’s also demonstrated solid cardio in her biggest matches.

Stamp is relentless in bringing the fight to her opponent and doesn’t stop pressing forward. This style can be demoralizing and draining for the athlete on the receiving end of that aggression.

Stamp is also strong in the clinch. She controls her opponents in this area which often gives her an advantage that spills over to other areas of the contest.

Stamp Fairtex has yet to demonstrate clear finishing power in Muay Thai at this level. She’s had to grind out her wins, which have provided valuable in-ring experience. But you have to wonder what could happen if she faces the kind of opponent who can consistently score knockdowns or a finish.

Meanwhile, Juniku’s age leaves questions whether or not she has developed enough, physically and mentally, to win a major championship. She’s passed most of her tests and has shown an iron will in getting to this point. But this Stamp bout is probably the biggest she will compete in. Let’s see how she responds under the spotlight and in a big moment like this.

It’s incredible to think that the combined age of these two competitors is 39, which is younger than several athletes on the ONE roster, including co-main event competitor Yoshihiro “Sexiyama” Akiyama.

This might be the youngest pairing in an actual world-title bout in combat sports history. If Juniku wins, she would break Angela Lee’s record and become the youngest ever champion in ONE history. 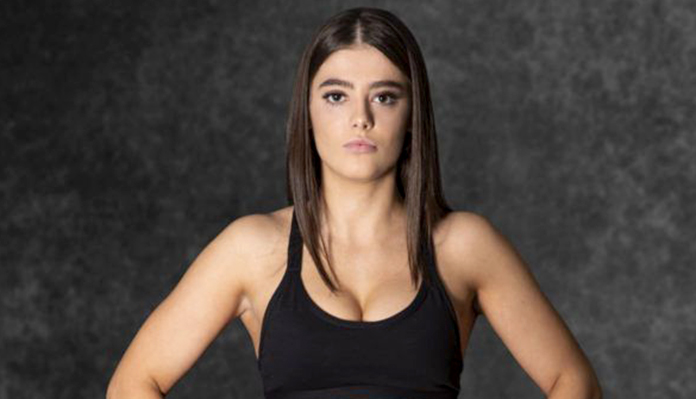 Who Has the Edge in Experience?

It’s not even close.

Stamp owns a Muay Thai record of 62-15-5 record. Her 82 professional bouts dwarf Juniku’s 29. Stamp has also competed on larger stages, having fought in front of thousands in huge arenas and millions of fans on television and live streams.

Juniku has yet to experience this. That could become a factor on 15 June when she faces Stamp with a large crowd watching her every move. It remains to be seen how well she can perform under pressure.

Alma Juniku may become a World Champion down the road, but she will have a hard time winning the title in Shanghai. Stamp’s experience, strength in the clinch, and overall skill point are more than enough for her to retain her ONE Atomweight Muay Thai World Title.

We’ve seen a ton of upsets in the past, such as Jonathan Haggerty shocking Sam-A Gaiyanghadao at ONE: FOR HONOR earlier this month, but Juniku’s inexperience could doom her in this bout.

Stamp Fairtex is far more experienced, and a more developed talent overall. Juniku’s best days are ahead of her, and she may even get a rematch with Stamp in the future, but expect the reigning champion to defend her belt this time.