Growing up, Stamp Fairtex was constantly pestered by bullies.

Stamp described herself as a “tiny” child. Growing up in Rayong, Thailand. Her size made her an easy target for her classmates. This pushed the now two-sport champ to find solace in Muay Thai and ultimately paved her way to ONE Championship.

“When I was in kindergarten, I was tiny,” she said.

“The girls in school kept bullying me, and I could not stop them. I was scared because they were bigger than I was. That is why I started Muay Thai.”

Back at that time, Stamp was training in her family’s gym, she experienced a similar environment. Being a woman at that time in the sport, Stamp encountered people who discouraged her to continue with her training. 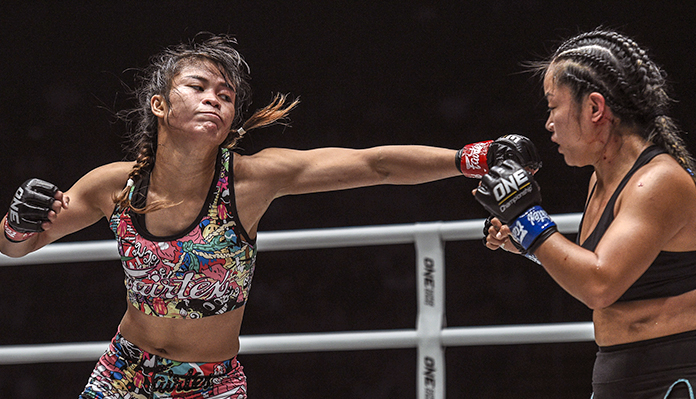 “I decided to train Muay Thai with my brother and father,” she said.

“When I was young, I was the only female athlete in my village’s Muay Thai gym. Back then, people were not open to girls competing. They were afraid we might get hurt badly because they thought women were physically weaker than men.”

But Stamp had a lot of support and acceptance from her family.

“My parents supported my Muay Thai dreams and encouraged me,” she said.

“Now, I really cannot live without it.”

From the start of her career after a year of training, it was obvious that Stamp was destined for greatness. She currently holds two World Titles in ONE Championship and now, she is focused on claiming a third crown in mixed martial arts. 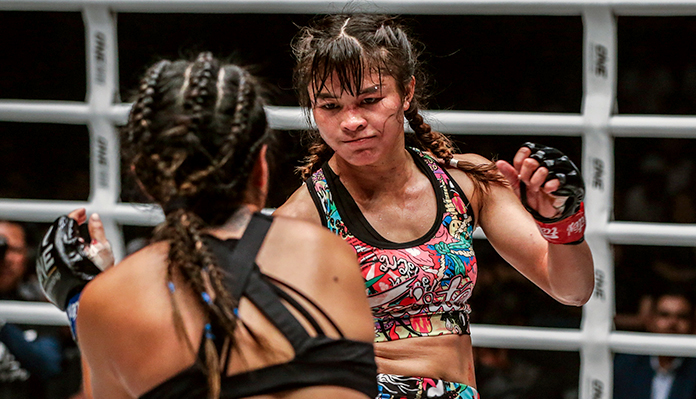 Since her debut, the 22-year-old has emerged victorious in all three of her mixed martial arts bouts, just recently defeating Bi Nguyen at ONE: Masters of Fate unanimous decision.

There is no doubting Stamp’s talent. She dedicates her success and victories to her family who has stood by her side from the very beginning of her career.

“Most women repay their parents by being good students, and then getting a good job so they can take care of them,” she said.

“Even though I have a different career, I repay them by making them proud, by becoming a World Champion.”