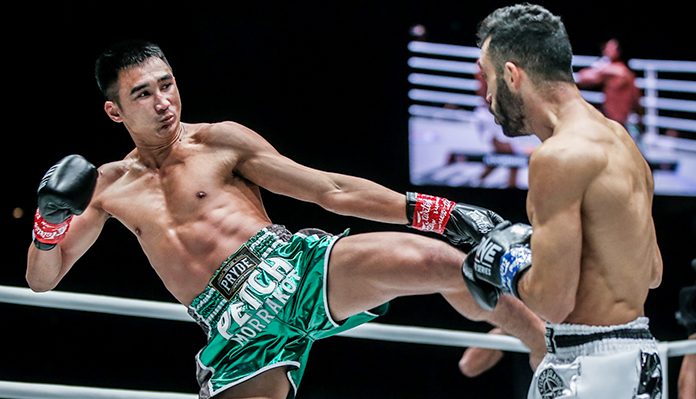 It would be fair to say there is a lot on the line in the highly-anticipated upcoming rematch between Thailand’s Petchmorakot Petchyindee Academy and Italy’s Giorgio “The Doctor” Petrosyan.

The pair are set to face off against each other once more on the main event of ONE: Masters of Destiny inside the Axiata Arena in Kuala Lumpur, Malaysia on Friday, 12 July.

What is at stake is not just a place in the ONE Featherweight Kickboxing World Grand Prix semi-finals but also redemption for the winner of the contest.

The two athletes first clashed in May at ONE: Enter the Dragon and their bout, which formed one of the ONE Featherweight Kickboxing World Grand Prix quarterfinals, produced an absorbing back and forth contest which had the crowd on the edge of their seats.

On the night it was Petchmorakot, an experienced Muay Thai icon, but a novice kickboxing competitor, who had his hand raised once the scorecards were read out.

The Thai appeared to have pulled off a stunning upset over arguably the world’s greatest kickboxer. However, after the dust settled the bout was ruled a No-Contest, due to discrepancies between the referee’s interpretation of ONE’s clinching rules and what ONE’s official rulebook states. 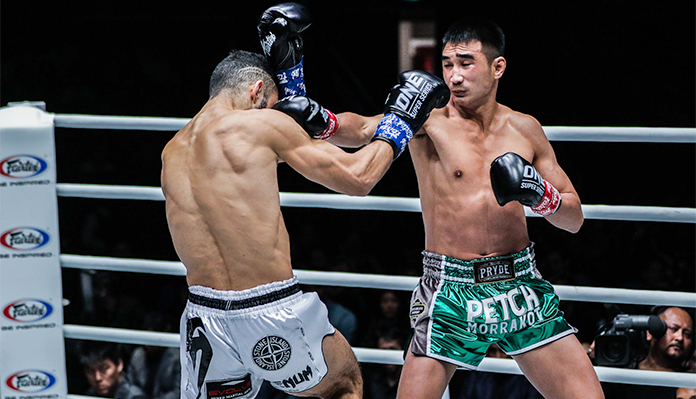 Petchmorakot has shrugged off his initial disappointment at seeing the original result overturned and is now simply excited about headlining his first ONE card and getting the opportunity to again show the world his exceptional skill set.

“It is a completely different feeling compared to the last bout. I feel more confident than before, and I am very determined to win this upcoming bout. Following the previous bout I was a monk for fifteen days which has helped me a lot with my concentration,” Petchmorakot said regarding his training for the forthcoming clash.

Even though this bout will be fought under kickboxing rules Petchmorakot, a two-division Lumpinee Stadium World Champion who also holds multiple Muay Thai world titles is confident about securing himself a spot in the Grand Prix semi-finals.

Petrosyan’s kickboxing record currently stands at 90-2-2-2, and the 33-year-old southpaw has presented a puzzle that very few of his opponents have come close to solving. The Italian is known as a defensive master, but after their last meeting, Petchmorakot feels the aura surrounding Petrosyan has been somewhat diminished.

“That was the first time that the whole world had seen his weaknesses. The experience of the last bout will be a huge help to me when we meet in the ring again,” Petchmorakot said.

The 25-year-old Thai trains out of the world-renowned Petchyindee Academy in Bangkok, Thailand and the team at the academy have made sure to leave no stone unturned as they prepare their athlete for one of the most important bouts of his career. 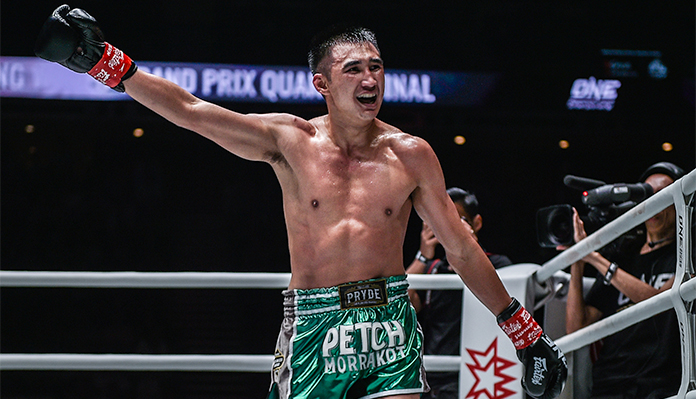 “I am with the right team. We are also the biggest boxing promotion in Thailand. So we decided to bring in Petch Sor Chitpattana, who is the current WBC youth champion. He is southpaw and has the same style as Petrosyan. I feel much more ready than usual, “Petchmorakot said.

This will be Petchmorakot’s sixth ONE Championship bout but will mark the first time he has ever headlined a card. The Ubon Ratchathani native is using his main event status as a source of extra inspiration for his upcoming clash.

“I always want to return to my home country with a victory. I am sure millions of people will be supporting me and will be wanting to see me defeat Petrosyan.”

“Competing in the main event is huge! I feel honored because Angela Lee is also featured on the card. I have always loved Kuala Lumpur ever since I defeated Liam Harrison there at ONE: Destiny of Champions. I have received great support from the fans in Kuala Lumpur in the past, and I am sure they will support me again just like they did the last time,” he continued.

Petchmorakot may have a cabinet full of Muay Thai World Titles but for now, the Thai’s entire focus is on proving to people that regardless of which ruleset he competes under the name  Petchmorakot must be mentioned in any debate regarding who are the best strikers on the planet.

A win over Petrosyan would no doubt do just that.