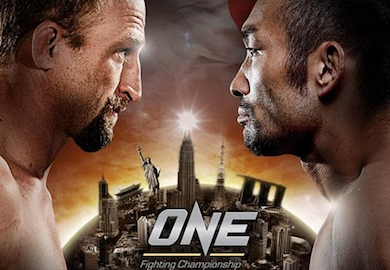 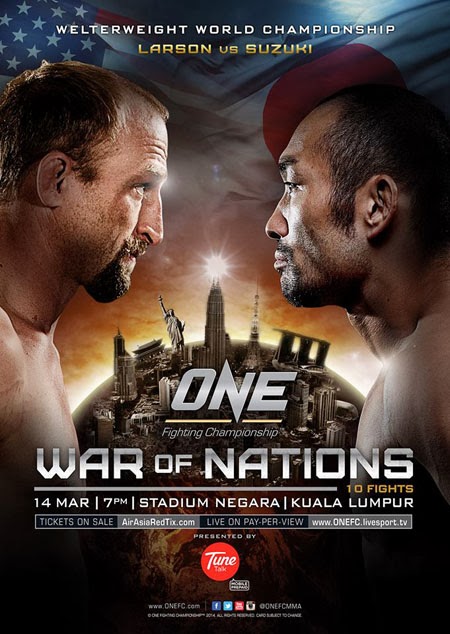 The first ONE FC event of the 2014 year, “ONE FC: War of Nations“, is now complete with 10 exciting fights we can look forward to watching.

The much anticipated fight card, which goes down March 14 in Kuala Lumpur, Malaysia, is headlined by a bout between Brock Larson and Nobutatsu Suzuki, who will square off for the inaugural ONE FC Welterweight World Title!

Below is the official ‘ONE FC: War of Nations’ fight card:

Brock Larson vs. Nobutatsu Suzuki – For the inaugural ONE FC welterweight title

Other main card bouts include:

The “ONE FC: War of Nations” event takes place March 14 live from the Stadium Negara in Kuala Lumpur, Malaysia.

Be sure to catch ONE FC’s first event of 2014 Penn Nation! I guarantee you won’t regret it!