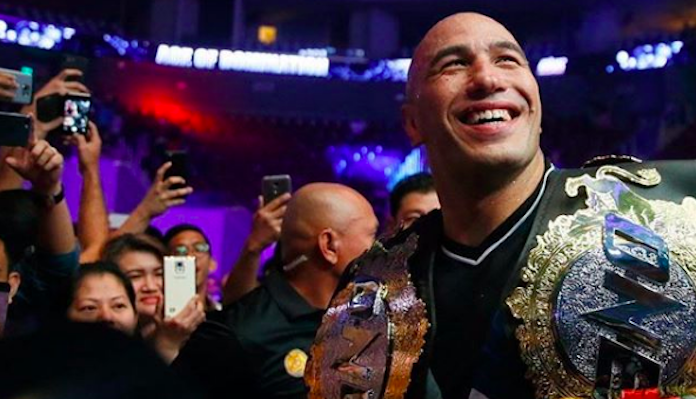 Brandon “The Truth” Vera is the reigning ONE Heavyweight World Champion. The 41-year-old Filipino is one of five Filipino champions under the promotion’s banner. While Vera is a champion today, he has had to endure some significant hardships on his way to his current spot.

In July 2018, Vera talked to SCMP.com about an athletic injury that cost him much more than the result of that contest:

“After nearly three years, I got injured in a wrestling match – the guy was trying to turn me and I was refusing to turn, and it tore my elbow apart. In the operation, they severed my nerve, so I had severe muscle atrophy in my right arm. I lost the use of my right arm and no one could tell me when, or if, my nerves would grow back. 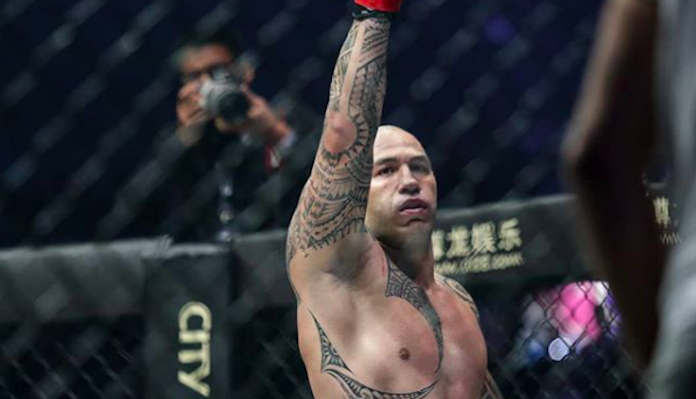 “I was medically discharged from the air force, lost my spot at the Olympic Centre, lost my spot on the air force wrestling team and lost my spot in the military. I was super mad. I did a lot of physiotherapy – and screaming and pain. The doctor told me that if I didn’t force myself to use my hand, I’d never use it again. Reaching for a tissue could be a 10-minute ordeal. It was 2½ years before I fully regained the use of my right arm.”

The long road to recovery was difficult, but his hard work and commitment to training helped open a door to MMA. He’d ultimately get a chance to compete for the UFC where he’d have both light heavyweight and heavyweight bouts.

Ultimately, he’d land with ONE Championship where he has realized the prime of his career.

Brandon Vera has never lost a single bout with ONE Championship. Injuries haven’t allowed him to be as active as he has wanted, but whenever he’s climbed into a ONE cage, he has not only emerged victoriously, he’s also scored a victory via stoppage.

Not one of his opponents with ONE has even made it out of the first round. This KO rate makes Vera arguably the most dangerous finisher on the roster.

Vera has had his share of memorable wins with ONE Championship. However, the best might be his 26-second demolition of Paul Cheng in December 2015 at ONE: SPIRIT OF CHAMPIONS.

A thunderous counter right hand dropped Cheng, and the follow-up kick to the face brought an end to his evening. The victory wasn’t just swift, it won Vera the title he has since successfully defended twice.

He Has Faced Amazing Competition

Vera has faced a who’s who of opponents throughout his career, and he owns victories over former world champions like Frank Mir. Vera has also locked horns with all-time greats like Jon “Bones” Jones, Randy Couture, Tim Sylvia, Mauricio “Shogun” Rua, and Fabricio Werdum. When it comes to experience, few have a list of opponents that beat The Truth.

While Vera competes in mixed martial arts, at his core, he is a wrestler with the instincts of a kickboxer. When it comes to striking, he’s one of the best we’ve seen in the heavyweight division. He has extraordinary power in his hands and legs, and he possesses one-strike KO ability.

Vera loves to counter strike, and he often looks for opponents to make mistakes that he can attack. During his time with ONE Championship, he has repeatedly found those openings.

After a two-year layoff, Vera returned to action in November 2018 at ONE: Conquest of Champions. Vera got the opportunity to defend his title in his home country of the Philippines. When asked if he was excited about returning to competition, he could barely contain himself.

“Excited is not even the word. Like I’m longing for it. That’s all the emotional stuff, that’s all the anxiousness, all the excitement, the nervousness, all of it is encompassed in that feeling, I guess. I can’t wait to get back inside.”

He didn’t let his countrymen down. Vera scored a first-round, one-punch KO win over Mauro Cerilli. The challenger managed to land a power shot, but Vera seemed unfazed as he made Cerilli his latest victim in a ONE cage.

“It looks like I can still do it,” Vera said post-fight. “We’ve been watching Mauro’s tapes every night … I know he swings hard. He did punch me in the mouth. It hurt. When he fell down, I was pretty surprised. So I’m glad I got that left hook in and caught him with it.”

At the age of 41, it’s easy to think that perhaps Vera is on the downside of his career, but if the results of his matches are any indication–and they should be–it’s hard to make a case for him hanging up the gloves. It appears he is enjoying his work, and he’s still winning.